How To Reverse Diabetes Naturally In 30 Days 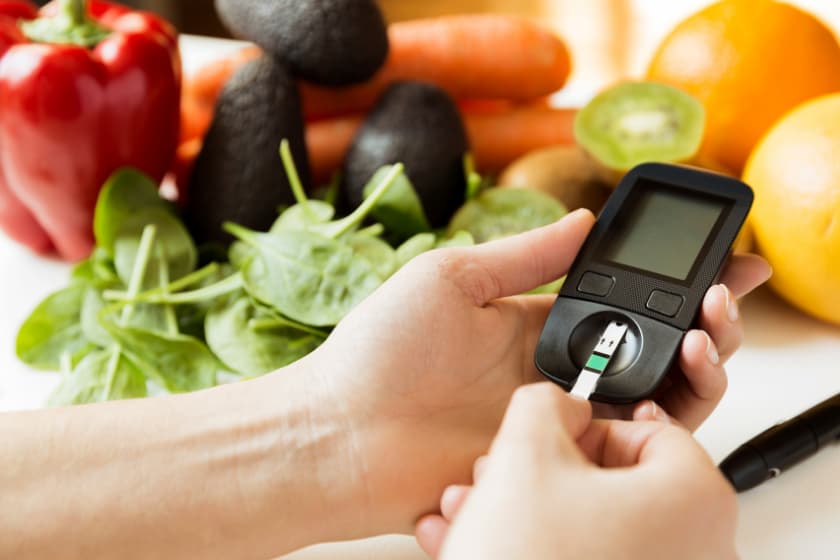 Diabetes is an epidemic in modern-day society. Once an adult disease, Type II diabetes is now being diagnosed in young children.  Diabetes and insulin resistance is related to most other chronic diseases including heart disease, obesity, leaky gut, and other auto-immune inflammatory diseases.  Not only are there two types of diabetes, but now there are multiple.

The Different Types of Diabetes

Diabetes is thought to be a disease of blood sugar or glucose.  But, it is actually a disease of insulin.  The commonality between all types of diabetes is high glucose, and that is it.

This is a disease of too little insulin.  This is an autoimmune disease caused by the beta cells in the pancreas being attacked and unable to produce sufficient amounts of insulin if any at all.  The T cells or immune cells are attacking the Beta cells in the pancreas.  As a result, they don’t make insulin and the blood sugar goes too high.

This is a disease of too much insulin.  This is caused by constantly high blood sugar typically through excess sugar and carbohydrate consumption, and insulin is always elevated.  The problem is that it becomes so inefficient in its action at the muscle.  The muscle, which uses 80 percent of all the glucose, can’t pull in the glucose to the muscle.

The typical treatment of the disease is to manage the glucose and not look at the insulin.  As someone becomes insulin resistant and flips into Type II Diabetes, the blood sugar is managed by increased insulin levels, and eventually, the pancreas doesn’t produce enough insulin to manage the ever-increasing blood glucose and “gives up”.  The cells are resistant to insulin and the body is swimming in ineffective insulin.  That is when the blood glucose level shoots up to diabetic levels.  All the while, if the insulin was measured and managed along the way, this could be prevented.

There is the myth that as the blood glucose becomes too high that there are insufficient insulin levels and the treatment is more insulin.  This is like giving alcoholics more alcohol.  The insulin serving given to Type II Diabetic patients cause the insulin resistance to become worse and the disease to become worse.  The result is shortened life.

The more aggressively you treat the disease with insulin injections, the more you are likely to die early and develop other diseases.  The rate of heart disease increases by three times, the rate of Alzheimer’s doubles,  the risk of cancer doubles, and there is an increased rate of obesity.  No improvement of the disease occurs when treated with insulin injections.  If the treatment involves lowering the need for insulin, reversal of Type II is possible and doable.

This is someone who has Type II, and with time, they actually develop an auto-immune disease that causes the body to attack the beta cells and shut down the pancreas’ ability to produce insulin.  This is also called LADA, or Latent Autoimmune Diabetes of Adults.  Therefore, not only are they becoming resistant to the insulin they are producing, but they stop producing the insulin altogether.  Blood sugar will be even more difficult to manage.

This is Type I diabetes, where there is the destruction of the beta cells in the pancreas, and the person eats too much glucose and becomes so insulin resistant (on top of not making enough insulin), that they have to give themselves much more insulin.  Even then, insulin is losing its effectiveness.  They are eating too many foods that spike their blood sugar and increase the need for insulin.

Typically this happens when a Type I diabetic just “matches” their insulin shots with the amount of excess sugar and carbs they eat.  They are just trying to control their glucose, not managing the increase of insulin.

Gestational Diabetes onsets during pregnancy because pregnancy is a state of insulin resistance.  A woman’s insulin level goes up and she has a hard time clearing the glucose, and sometimes the glucose gets too high and reaches the level of diabetes.  Breastfeeding actually helps reverse insulin resistance and clear the glucose.  If a woman develops Gestational Diabetes, her risk of developing Type II later in life is increased significantly.

MODY or Mature Onset Diabetes of the Youth

This looks like Type I, but it is a genetic deficiency of Insulin. The Beta Cells are there but there is something missing in the “machinery” of the production preventing the pancreas to produce insulin.  It is important to test for MODY because this can be corrected by a simple medication or just a low-carb diet.

Alzheimer’s and dementia are now commonly referred to as Type III Diabetes because the brain cells no longer can use glucose effectively for energy and they starve.  It is essentially Insulin resistant at the site of the brain cells.  The brain can use Ketones as an alternative fuel source, and this is able to reverse the damage.

How to Reverse Diabetes Naturally in 30 Days

With changes to your diet and lifestyle, diabetes can be reversed in most people. Here is my protocol for helping reverse most types of diabetes and supporting a significant improvement in blood sugar within 30 days.

Multiple studies have shown that a low-carb diet can not only reverse the diet-induced types of diabetes but also actually manage Type I effectively.

By lowering the need for insulin through lowering the foods that need insulin, you can solve the problem.  A Low carb diet, focused on high protein and moderate healthy fats, triggers the body to flip into ketosis, a state of fat-burning where the liver turns dietary fat and body fat into ketones for fuel.

This supplies the cells in the brain and throughout the whole body energy where they are resistant to using glucose for energy, and little insulin is needed.

As the need for insulin decreases, the pancreas is able to “reset” and rest, and insulin resistance begins to reverse.  Even with Type I Diabetes, the pressure to produce any insulin or need to take excess exogenous insulin comes down, and the cells feed effectively off of ketones.  As a result, mental and physical energy increases, and systemic inflammation decreases.

This flips you into ketosis within 30 minutes, immediately diminishing the need for insulin and reversing insulin resistance within 30 days.  As a result appetite is suppressed while the body is able to use body fat for fuel and no longer need dietary glucose.  The body naturally enters a fasted state which further enhances insulin sensitivity and helps the reversal of diabetes.

The additional ingredients in the Accelerated Keto break down saturated fats into unsaturated fats. These unsaturated fats are easier for the body to utilize and easier for the body to convert to ketones. Imagine a wax candle that is solid, and when we light the candle, the solid wax (fat) turns into a liquid, which is then taken up by the wick to burn easily. Because of this property, Accelerated Keto is able to de-fat the liver as well. It is well known that the liver is responsible for converting stored fat into ketones and usable energy.

The more a person’s liver is defatted and unclogged, the easier it is for the liver to function in all areas including producing ketones. The liver is also where the thyroid hormone converts from T4 to T3, and as the liver function becomes better, the thyroid works better as well, increasing metabolism and energy further.

Sufficient iodine in all tissues and cells helps to produce a healthy 36 ATP’s through the Krebs cycle, which has profound implications for all levels of function, including brain function. When we are low in iodine, we tend to transition into glycolysis, which only produces 2 ATP, bypassing the normal Krebs cycle and the mitochondria altogether. This significantly lower ATP production greatly contributes to low vital life-force and disease.

A lack of proper sodium intake will cause additional issues with the sodium potassium pump and actually lead to water retention.  When you put a little Accelerated Ancient Salt on your tongue, you will experience a boost of energy and a decrease in appetite.  By just putting a pinch of Accelerated Ancient Salt on your tongue, your cravings and appetite are suppressed and your blood sugar is lowered.

Accelerated Ancient Salt is composed of raw, unbleached, unheated, unrefined ancient seabed and sea salt from pristine sources in the Andes, Himalayas and the U.S. without stabilizers, chemicals or plastics like most salts.  Furthermore, it is charged with Scalar Frequencies to help detox the body of heavy metals and radiation.  It helps replenish electrolytes, suppress appetite and sugar cravings, lower blood sugar, alleviate nausea, and tastes amazing! It also has a strong negative charge to help “pull out” positively charged toxins, parasites and undigested fats.

These increase ATP production in the mitochondria, increase Heart Rate Variability, improve the bioelectrical measurement or “phase angle” or integrity of the cell walls, reduce inflammation, and increase endurance. Just after 20 minutes, the capacity of each cell increases. With age, the cell walls become rigid and hard to penetrate with nutrients coming in and toxins going out. The Energy Enhancer Patches soften that cell wall and improve that phase angle within five minutes of applying the patch.

Additionally, it improves digestion and circulation which are essential for nutrient absorption that leads to improved energy. Lastly, it increases beta-oxidation which is the fastest way to increase cellular energy.  As a plus, it increases fat burning and muscle growth.  They work synergistically with the Accelerated Keto in your fat burning and tapping into an endless supply of fuel source on your body.

These patches increase your own stem cell production and reset 4000 Genes to Younger State. As a result, it helps repair collagen in all tissues, activates stem cell production, encourages apoptosis of cancer cells, and discourages metastatic cancer cells. Through clinical studies, an improvement in the overall energy of the body, organ balance, and symmetry distribution of energy was improved as well.

The Aeon Lifewave patch is known as the “Happy Patch”.  It increases SOD antioxidants in the body and is turning on our innate immune system.  It puts you into the parasympathetic state so you are not constantly in the sympathetic state of “fight or flight”.  The benefits include stress reduction, a healthy inflammatory response, a reduction of cortisol & C reactive proteins, an elevation of DHEA, a calm sense of well-being, and increased energy.  It is like eating 30 cups of royal jelly a day which is connected to increasing longevity.

Sleep is imperative for cellular health and repair.  Without proper sleep, aging is accelerated and physical and mental energy suffer.  It is proven that sleep increases testosterone and human growth hormone which are directly related to improved energy and increased ATP production.

Fasting is a hormetic stressor that allows the body to increase its mitophagy and autophagy, heal Leaky Gut, increase metabolism and thyroid health, increase ATP production in the mitochondria, and allow the body to switch into Ketosis, tapping into its own fat stores for energy.