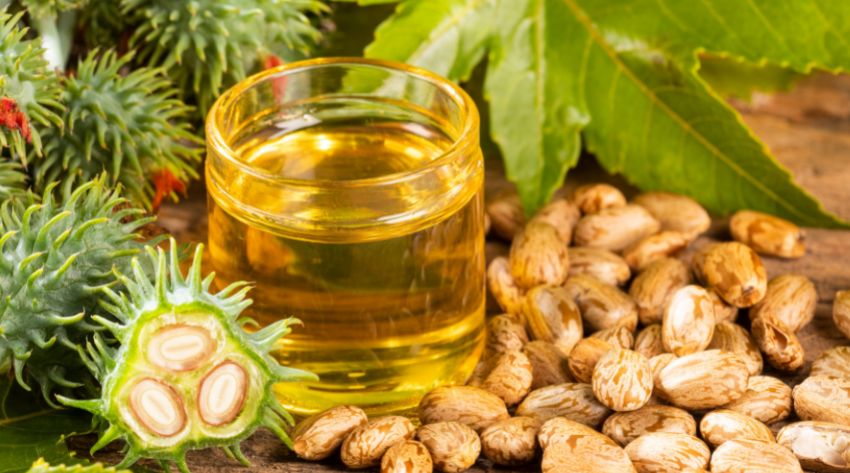 Castor oil has been around for centuries. In fact, there is evidence of castor oil in Egyptian tombs dating back to 4000 B.C. Our North African ancestors didn’t have pharmacies or chemicals, they relied on natural remedies, such as castor oil, for medicinal purposes.

As an oversupply of synthetic formulas has been developed, the curative power of nature has at times been forgotten. However, there are millions of us who still believe in and advocate the healing properties of natural supplements, and one such mighty supplement is castor oil.

What is Castor Oil Made From & What are it’s Origins?

Castor oil is a thick oil made from castor plant seeds. It is native to tropical areas in Africa and Asia. As mentioned above, using castor oil for health benefits dates back to ancient Egyptian times.

Ancient Egyptians would use castor oil for skin & hair beauty treatments, to ease stomach pains, as a laxative to rid the body of unwanted bacteria, and to help lubricate irritated eyes affected by the sun and sands of the Egyptian desert.

Are there any Health Benefits from Drinking Castor Oil?

What are Castor Oil Benefits for Hair? 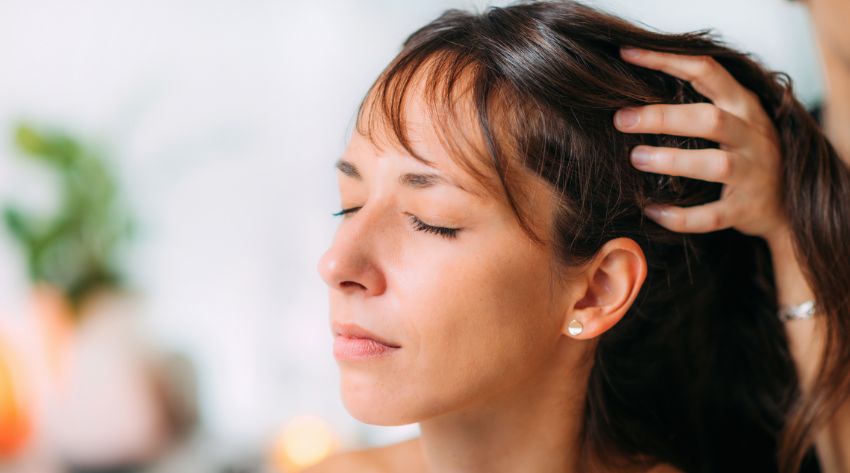 Castor oil can be used as a natural hair supplement due to its moisturizing properties to help with lubrication and promote flexibility in the hair.

What are Castor Oil Benefits for The Skin? 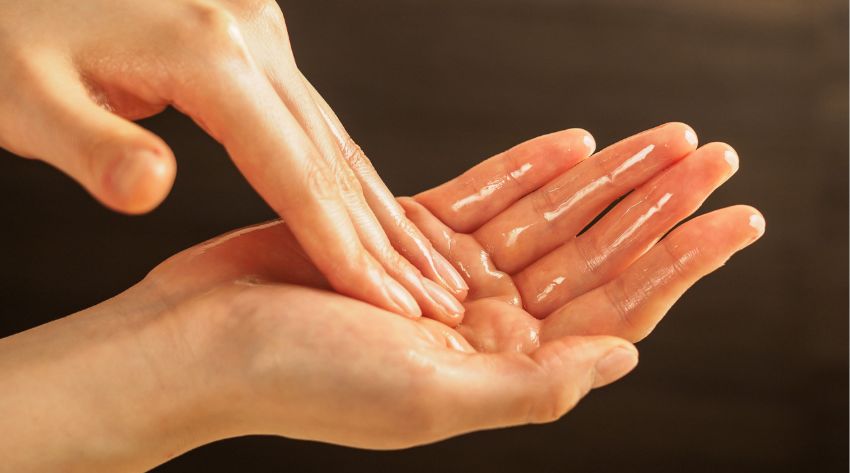 Because castor oil is rich in ricinoleic acid, a monounsaturated fatty acid, it can be used to moisturize the skin. Castor oil retains moisture by preventing water loss through the outer layer of the skin. Many skin products contain castor oil for this reason.

Castor oil benefits for the skin include:

Acne
The antimicrobial and anti-inflammatory properties of castor oil make it useful in preventing acne. By spraying the skin with Accelerated Silver first, and then applying a mixture of Accelerated Castor Oil and Acceleradine, Acne may be diminished.

Improved Skin Texture
Because castor oil is rich in fatty acids, it can improve the smoothness and softness of the skin. Furthermore, fatty acids promote the growth of healthy skin tissue, making it improve uneven skin tones.

Sensitive Skin
It is unlikely to clog pores and cause blackheads, which makes it appropriate to use on sensitive skin.

Helps Inflammation
Both castor oil and ricinoleic acid have demonstrated anti-inflammatory properties. They are useful in treating irritated skin.

Kills Bacteria
It may also protect the skin from bacterial infections.

Helps Moisturize the Skin
Castor oil contains triglycerides and these can help maintain moisture in the skin.

Hydrates the Skin
Castor oil can draw moisture from the air into the skin.

Cleans the Skin
The triglycerides in castor oil can help remove dirt from the skin.

Does Castor Oil have any Side Effects?

Although it can help with constipation, it can cause cramping, vomiting, or nausea for some. It shouldn’t be used as a long-term solution for constipation. Also, some people may have an allergic reaction to the oil.

Accelerated Scalar Castor Oil™ is enhanced with Scalar frequency, is free of pesticides and chemicals, is 100% pure, made with plant-based castor oil, and is able to penetrate all three layers of the skin. It is very effective when mixed with the extremely bioactive, Scalar Enhanced charged singlet atoms of iodine (I-), Acceleradine, and applied to the skin.

The skin holds 20% of the body’s iodine reserves, and 96% of people are iodine deficient in the US.

Mix Accelerated Scalar Castor Oil in a small glass container with Acceleradine with a wooden spoon to render a light to medium brown color based on the sensitivity of the skin area you are targeting (skin regularly exposed to sunlight is less sensitive). Prepare the mixture fresh each time as the Acceleradine will evaporate out of the mixture. Apply the mixture with sanitized hands; or use Q-tip for gums, nose, or septum scars; or use clean rubber gloves if applying large amounts of the mixture from head to toe to cover all of your skin.

The Mixture can be applied to the following areas for healing:

Tumors, Cysts, Lesions, Heavy Keloid Scars. Add baking soda to the mixture above (Castor oil and Acceleradine) to create a paste consistency. Apply about 6 times per day, taking notice of any burning sensation (see below).

Cleaning. Remove castor oil from skin with the solution of 1 tsp of aluminum-free baking soda added to 1 pint of water or sprinkle baking soda on targeted skin area and wipe with paper towels.

Chronic Joint Pain. If the application above does not remove chronic pain, all scar tissue throughout the body from head to toe may need to be addressed. Also, try deeper penetration into the joint: use mixture to soak a large wool cloth in a castor oil pack either inside or outside of its mess-free pack depending upon size of targeted joint(s). Wrap wool or wool pack completely around the joint and then optionally saran wrap it into place to prevent heat from escaping. Continue for consecutive nights as needed until the pain is gone. Take care to notice any burning sensation (see below).

Scar tissue. Scars block energy and iodine helps break up tissue scars and keloid formations. The Mixture of Acceleradine and Accelerated Scalar Castor OIl penetrates through skin to dissolve topical and deep scars and to reverse the positive charge of scar tissue as well as the positive charge of the toxins and pathogens trapped inside scars. It is able to do this due to the mixture’s powerful negative charge. As pathogens are released, they are killed because no pathogen is resistant to iodine. The scar is then able to release trapped waste and unprocessed emotions, allowing negatively charged electrons to reconnect their “flow” along the Chinese meridians.

You can use the Accelerated Ancient Salt to lessen, if not eliminate, any healing crisis or detox side effects that may arise, especially before addressing scar tissue or the entire skin organ. Consistent, daily topical application helps target both external and internal scarring from surgeries, broken or fractured bones, tattoos, piercings, extractions, birthmarks, moles, warts, calluses, etc.. Itching and increased energy may occur, which is a possible sign of toxins, pathogens, emotional blockages being released and energy flowing once again. Take notice of any burning sensations (see below). If in a hurry, one can bypass the mixture and apply Acceleradine by itself directly onto the scar.

Optional: Use Gua Sha Tools to Expedite Scar Release. Use directly on scars or entire skin organs (contraindications: open wounds, cancer, deep vein thrombosis, eyes, testicles, carotids and other arteries, areas of prior shingles, etc.). Use in vertical, horizontal and/or diagonal strokes ONLY with lighter strokes on sensitive areas. Gua Sha tools create “micro-trauma” and the Acceleradine in the mixture induces healthy apoptosis to repair that trauma WITHOUT BRUISING. Reapply mixture as needed in order to prevent bruising.

For Hair. Many acupuncture points and connective tissue can be released on the skull; it may be helpful to cut a plastic ziplock bag to fit on top of head before using tools to prevent pulling on or pulling out hair.

Open wounds (broken skin). Apply Acceleradine without the Accelerated Scalar Castor Oil inside a cut or wound in order to allow for fibrin formation (applying it with castor oil around a cut or wound is OK). Note: castor oil is a solvent and can retard fibrin formation necessary for closing a wound. Notice how Acceleradine disappears inside the wound faster than around the wound. The reason is that there is more trauma inside the wound that needs to undergo “healthy apoptosis”—or “natural programmed cell death”—which triggers both the natural death of traumatized, mutated, low millivolt, or unhealthy cells as well as the replacement of those cells with brand new, healthy cells!

Iodine is one of the only elements on the Periodic Table besides oxygen able to induce healthy apoptosis; and iodine is unarguably the most ancient, powerful antioxidant 3,000x more powerful than oxygen. Acceleradine disappears faster due to faster repair (and more healthy apoptosis) than other forms of iodine that either have a lower frequency or are not free, singlet bioavailable atoms. Healthy apoptosis is one of the secrets to reversing disease and age!

Reapply Acceleradine every time it disappears until the wound or cut is repaired—as long as there is no burning sensation (see below). Burning can happen when too much Acceleradine is used.

**Burning Sensation. Too much Acceleradine on the skin can cause burning sensation, especially when trapped under a bandage. If it is not an open wound then apply more Accelerated Scalar Castor Oil which is soothing. Use less Acceleradine on the next application or take a break from that specific area of skin for a few days but still continue applying castor oil. Another option is to apply Acceleradine around, but not immediately on, the targeted area until the skin sensitivity of the targeted area disappears.