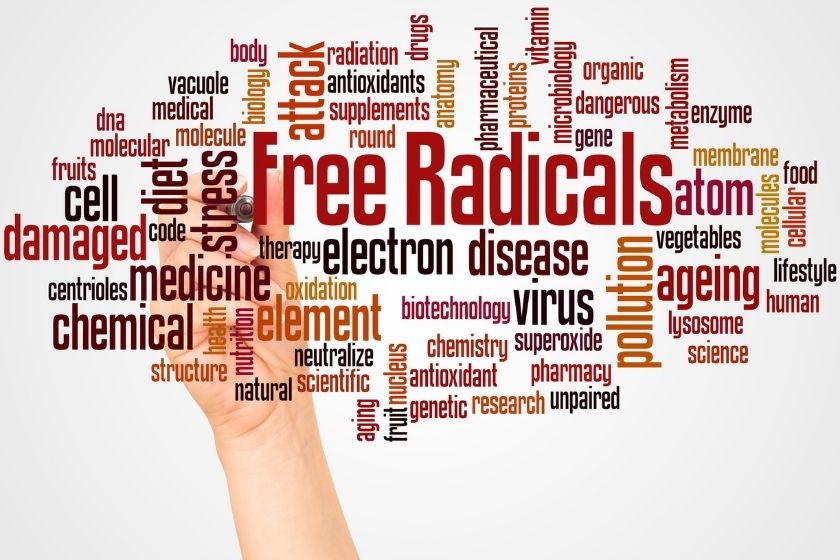 We are in a new reality with the number of heavy metals and radiation that are impacting our bodies on a daily basis. With the bombardment of radiation and heavy metal exposure we all are becoming exposed to, it is essential to be engaging in a radiation and heavy metal detox program.  With the increasing toxins in our bodies, including graphene oxide, aluminum, spike proteins, Technetium-99, non-ionizing radiation, and ionizing radiation, your body can essentially hold a magnetic field like never before.  Many people have reported sudden symptoms of increased toxicity.

Signs of Sudden Increase in Toxicity and Radiation in Your Body:

Why Our Detoxification Pathways Aren’t Working

Our ancestors had no problem detoxing from the toxins they were confronted with.  Today, our bodies are overloaded with heavy metals, radiation, and dietary toxins.  To compound the issue, eating processed foods and GMO-ladened foods clog our detoxification pathways, making it even more difficult for our bodies to excrete the new level of toxic load.

Everything we ingest passes through the liver and kidneys. They are our filters.  The liver has Phase 1 and Phase 2 pathways.  Phase 1 uses an enzyme called CYP450, and the enzyme works in three ways: 1.  Oxidizes the free radical, 2. Hydrolyzes it by putting a hydrogen atom on it which makes it inert; 3. Or de-halogenates it by removing the halogen toxin.  Halogens include chlorine, bromine, or fluorine.  This is how they make fat-soluble toxins or free radicals.  When the liver becomes overwhelmed with toxins, the survival mechanism is to “wrap” those toxins in fat molecules to protect the body.  This mechanism leads to unexplained fat gain.

Water-soluble toxins go through a conjugation pathway;  Glutathione and other antioxidants attach to the toxin and it passes through the urine. However, with our poor diets, increased processed foods, vegetable oils, and GMO’s, the body’s ability to make antioxidants, like glutathione, SOD, and Hydrogen, is suppressed and the need for them has increased for detoxification.

How To Detox Effectively From Radiation, Heavy Metals, and New Age Toxins

The supplements in the Thyroid & Radiation Detox Bundle zero out the radiation, boost your immune system, and help fill your body with the only radiation-free monatomic iodine available so that your thyroid and metabolism work optimally, and have no room to absorb any more radiation.

The Radiation Detox products & directions are outlined below.

Accelerated Silver Ⓡ is both a physical product with the smallest silver particle size possible as well as an energetic product that has the frequency of silver added to the solution, in addition to healing codes to boost the immune system and devitalize foreign pathogens using Scalar technology. This not only allows for a more “charged” silver with a higher energy potential but has the benefits of both particles and information of silver, creating a true infoceutical product.

Directions:  Take 2 tsp 3-5 times a day.  Hold in your mouth for a minute and then swallow.

AcceleradineⓇ works via healthy apoptosis for DNA repair from mRNA damage as well as stabilizing the DNA to prevent prion activation.  Acceleradine also works via its negative charge to neutralize the inherent positive magnetic charge of all toxins, including graphene oxide, spike proteins, aluminum, and radiation. Graphene oxide is capable of creating a strong magnetic field.

AcceleradineⓇ is the only monatomic iodine with 100% absorption and charged with Scalar frequencies to detox from heavy metals and radiation.  It is also antiviral and stimulates all body systems that have been attacked by the spike protein.  Acceleradine also increases the number of ATP in the cell from 2 to 36; ATP is true cellular energy.  When ATP increases, your energy and metabolism increase.

Directions: Start with 3 drops in water on an empty stomach 3 times a day and increase by 1 drop per serving per day.  Work up to 25 drops 3x/day indefinitely.

NucNoMoreⓇ is the only remedy known to zero out the body from all ionizing and non-ionizing radiation.  It addresses in vivo radio contamination from commercial flying through the Jet Stream.  NucNoMore was used in a post-Fukushima study involving 32 people worldwide and was the only product we have seen to reduce in vivo radio contamination to zero.  This is essential for the new level of toxicity we are exposed to.

Directions:  12 drops/day (energetically sensitive must start slower) is also important, for a total of two bottles and then 12 drops/day 2x/week thereafter to address injection shedding.

Accelerated Ancient Salt™ helps restore normal body fluids (rehydration) and also supports any detox symptoms that arise. It is the only Salt that is free of micro-plastics and enhanced with Scalar frequencies to detox from radiation and heavy metals.

Directions:  Put a pinch on your tongue 10 minutes after the NucNoMoreⓇ and add to your water and food generously.

Accelerated Cellular Detox Powder Ⓡ combines 6 powerful organic ingredients to help soak up the toxins that you are detoxing from effectively, taking the burden off the liver and kidneys.  Furthermore, it is enhanced with SCALAR frequencies to further soak up heavy metals, insecticides, and radiation.

Directions: Take 1 tbsp at night before bed in water or juice.  Best to mix with a little apple cider vinegar or lemon, stevia, and water over ice.

This life-changing cleanse optimizes the detoxification pathways that can be disrupted and burdened by chronic health conditions.  In addition to the Accelerated Silver, Acceleradine, Accelerated Cellular Detox Powder, the cleanse includes:

Quinton helps heal the body with proper hydration of the cells.  It is composed of the exact balance of minerals as our own blood plasma.  Hydration and nutrition are essential for the cells to detox from heavy metals and radiation.

Directions: Take 1-6 packets a day away from other supplements and food.

Accelerated Keto™️ puts you into ketosis within 30 minutes; ketosis triggers detoxification, healing of the gut, reduction of inflammation, and reversal of most chronic diseases.  When coupled with intermittent fasting and a low-carb diet, the body increases its ATP production, clears detoxification pathways, mobilizes liver fat and visceral body fat, cleanses the liver, supports healing, and improves the immune system.

Directions:  Take 3-4 pills in the morning and fast until you are hungry.  Stick to a low-carb diet at least for most of the day.  If you incorporate carbs, have them with dinner.

With two weeks of preparation, The Liver Flush Kit will help you flush hundreds of gallstones and liver stones out of the body that is inhibiting the proper optimal liver detoxification from heavy metals, radiation, and all toxins. This is part of the Ascent Diet Cleanse as well.

Glutathione is the master antioxidant, detoxifier, immune booster, and neuroprotector.  The Y-age Glutathione Patch increases glutathione by 300% in 24 hours.  When worn with the Lifewave X39 patch, glutathione production increases to 400%. Additionally, it is Antiviral and great for infections. This helps remove the graphene oxide and heavy metals from the body in addition to supporting liver detoxification.

For chronic issues, the patch increases glutathione levels which helps lessen the symptoms of conditions like autoimmune issues, arthritis, autism, MS, and Parkinson’s.  It is known to help with longevity. The glutathione patch signals the body to make glutathione.

DIRECTIONS:  Wear it daily for 12 hours and take it off at night.

GABA is considered an inhibitory neurotransmitter because it blocks, or inhibits, certain brain signals and decreases activity in your nervous system. When GABA attaches to a protein in your brain known as a GABA receptor, it produces a calming effect. This can help with feelings of anxiety, stress, and fear.

As it relates to the Spike Protein that has been shown to disrupt a cascade of neurotransmitters, GABA may help stabilize and normalize those neurotransmitters.  Furthermore, it protects the liver and kidneys, modulates insulin resistance, lowers blood glucose, helps insomnia, and helps restore hormonal balance.

Serramend is a naturally occurring proteolytic enzyme that helps with inflammation, can dissolve blood clots tissue and arterial plaque thins lung secretions, and support the breakdown of fibrin.  It addresses sinusitis, sprains, strains, edema, venous inflammatory disease, asthma, cardiovascular disease, and chronic headaches  In general, proteolytic enzymes could be useful applications in preventing viral entry into human host cells. This is because viruses utilize proteases to assist with viral entry and replication, maturation, and distribution of viral cells in the body.

For example,  androgen-responsive transmembrane serine protease 2 (TMPRSS2) cleaves the viral spike protein to allow it to enter endothelial cells of the body. Thus, the proteolytic activity of Serramend could prevent the virus from using proteases for viral entry into human cells. Serramend also could act as a mucolytic against SARS-CoV2 spike proteins by reducing the neutrophil cell count and viscosity of mucus in the respiratory system. (Sharma et al., 2021).

DIRECTIONS:  Take 1-2 capsules two times a day in between meals.

Bromelain has a long history of use by herbalists and is known to help support a balanced immune system response to environmental challenges. Bromelain is a cysteine protease with anti-inflammatory properties. It has been found to alleviate pain and swelling and can help to reduce clotting and plaque build-up in vasculature. It has also been suggested that bromelain has tissue debridement properties that can hydrolyze devitalized tissues.

In addition, Bromelain can help to build a robust immune defense by reducing inflammatory T-cells and cytokines in the body linked to respiratory diseases.  This complementary combination may thus promote year-round respiratory health and support overall seasonal comfort.

Vitamin C, or ascorbic acid, is a known antioxidant that protects human cells from tissue damage due to oxidative stress. Vitamin C is found to help support blood vessel structure, blood pressure, and prevent inflammation by promoting anti-inflammatory cytokines such as interleukins in the body. (Ellulu, 2017) Taurine generally supports bile acid synthesis and antioxidation in the body.

In addition, Taurine has been shown to prevent an overflow of catecholamines such as epinephrine to the heart, reduce hypertensive effects on blood pressure, and are found in neutrophils thus aiding in anti-inflammatory response. (Schaffer & Kim, 2018)  Note: Chronic use of taurine can downregulate GABA synthesis while upregulating glutamate.

Beetroot has been shown to increase nitric oxide levels, support antioxidative function thus lowering cellular damage, and disrupt pro-inflammatory cytokine function signaling.  Superoxide Dismutase, or SOD, is another molecule that provides defense against oxidative stress and can inhibit neutrophils from creating inflammation in the body. In addition, SOD may help with glucose metabolism by preventing the accumulation of O2–.
O2– is a free radical that causes cellular damage, and can lead to glucose accumulation in the body, and can increase oxidative stress on the liver. (Younus, 2018) Overall, this supplement helps to support healthy bile flow, antioxidant function for toxin removal, fat emulsification, glucose metabolism, and digestive enzyme function. (Clifford et al., 2015).

DIRECTIONS:  Take 1 tablet with a meal.

Many people report skin breakouts and rashes.  That is a sign your body needs to expel toxins through the skin, the largest organ.  Skin balance clears liver toxins and cleanses the blood.  Skin Balance helps reduce skin inflammation and itching and helps heal the skin tissues once the itching and inflammation are under control.