Accelerated Thyroid vs Other Thyroid Supplements 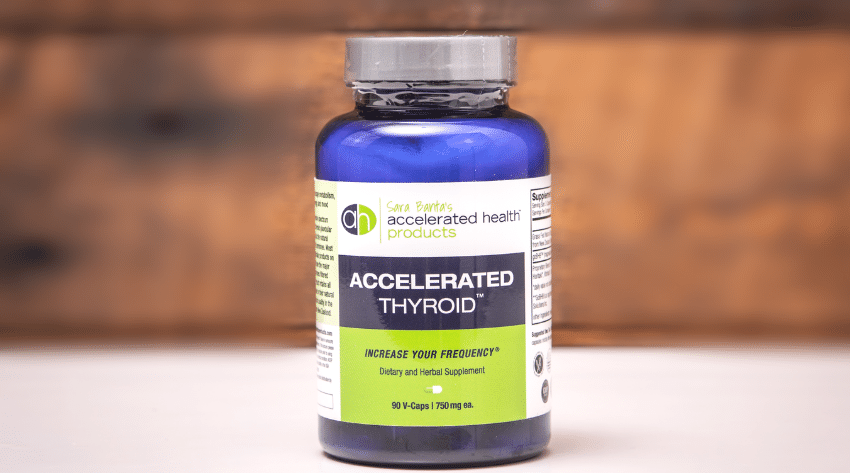 What does the Thyroid Gland Actually do?

What we can take from this definition of the thyroid gland is that its functioning is crucial when it comes to maintaining your overall health.

Hyperthyroidism occurs when the thyroid gland secretes too much T4. (high levels)

How do we know what our T4 Levels are?

Aha, did you happen to read my article on Iodine Blood Test Accuracy Facts? In this article, I explain why Iodine Tests don’t work and discuss thyroid levels, including T4, at length.

You can also take a moment to watch the video below where I talk about this very subject.

Thyroid supplements are designed to not only naturally support thyroid function, but to support the entire endocrine system (of which the thyroid gland is part of.)

What is the Endocrine System

Made up of every hormone in the human body, the endocrine system regulates all biological processes in the body from the moment of conception through adulthood and into old age. This includes brain development, the development of the nervous system, the growth and function of the reproductive system, blood sugar levels, and metabolism.

Major parts of the endocrine system are the ovaries, testes, and pituitary, thyroid, and adrenal glands.

Why we need Extra Support for the Endocrine System

Accelerated Thyroid vs Other Thyroid Supplements

This advanced formula is the only thyroid supplement available to combine two different thyroid supplementary formulas into one.
These two natural thyroid formulas combine to synergize their effectiveness, as well as to save customers money from having to purchase two separate formulations. We then added additional ingredients to enhance not just thyroid health but overall physical and mental health.

What makes Accelerated Thyroid different from other Thyroid Supplements and Kanchnara-Based Formulations?

Most Ayurvedic herbal companies have taken the original Kanchnara formula Baishajya Guru, or Medicine Buddha created, and have adjusted and diluted the ingredients in order to save money.

The two main ingredients are Kanchnaar (Bauhinia variegate) and Guggul ( Commiphora Mukul). These ingredients must be in the right ratios to have the healing effect intended by the Master Herbalist that created this formula. 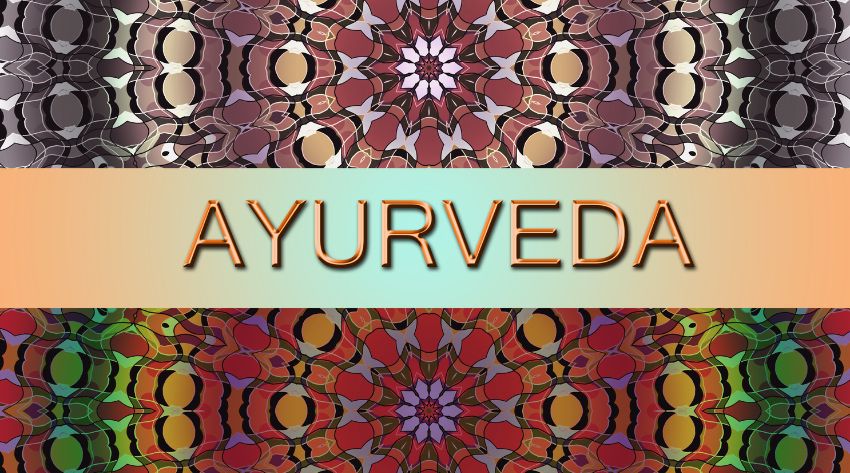 There are many more traditional uses for Kanchnara, in addition to helping draw toxins out of the body by cleansing the lymph system. Furthermore, Kanchnara is one of the only herbal formulas known to be able to dissolve thyroid nodules.

It is truly a miracle formula that must be taken consistently every day to see results from stubborn health challenges.

Kanchnara Benefits As Per Ayurveda

Primary Benefits of Kanchnara According to Ayurveda

Why is Kanchnara in Accelerated Thyroid better than the rest of the competition?

To this Master formula, a small amount of Thyroid Glandular is added to supply the thyroid with additional support.

We have found that most people need a little extra thyroid glandular extract to keep the thyroid and the metabolism of the body working at their optimum level.

Each dose of Accelerated Thyroid supplies 100mg of Freeze Dried Thyroid Glandular extract per three capsules which is the recommended dosage. This allows one to have the ability to scale up a little or scale down incrementally depending on the customer’s needs.

Tyrosine is one of the 20 amino acids that the body uses to make proteins and hormones. The body needs the amino acid Tyrosine for many functions.

Tyrosine is especially important in thyroid performance, and a lack of L-Tyrosine in the diet can create hypothyroid conditions.

Amino acids and specifically L-Tyrosine are responsible for the structure of proteins in the body. It is required for the body to produce such important neurotransmitters as L-dopa, epinephrine, and the body’s natural feel-good dopamine.

Without adequate amounts of Tyrosine in the body, depression and other common symptoms of an underactive thyroid known as hypothyroid become more prominent.

Tyrosine works in conjunction with iodine to produce thyroxine, the main thyroid hormone. Along with the known benefits of L-Tyrosine and underactive thyroid performance, L-Tyrosine is necessary for the production of skin pigment (melanin) as well as healthy, strong hair and hair color. L-Tyrosine is also a necessary ingredient for adrenal and pituitary function.

The Guggul in this formula then helps to convert the T4 into T3 (triiodothyronine), the active thyroid hormone.

L-Tyrosine supports the adrenal, thyroid, and pituitary glands. Effects of L-tyrosine supplementation are most apparent during periods of stress. Tyrosine can reduce the levels of stress hormones and alleviate the presentations of stress such as fatigue and cognitive decline. We already said that tyrosine forms the backbone of many hormones and this is also true of the thyroid hormone, T4 which is the most abundant thyroid hormone in your body.

This entire process starts with both tyrosine and iodine and both of these nutrients are critical for the creation of thyroid hormone.

Deficiencies in one, or both, can result in disordered thyroid hormone production and metabolism.

Tyrosine is a non-essential amino acid that your body can produce from other amino acids, but iodine MUST also be taken in order for it to work.

There are several studies that show that using L-Tyrosine may actually help reduce the negative consequences of stress on the body.  We can attempt to figure out why this happens through some basic physiology:

We know that Tyrosine forms the backbone for the adrenal hormones epinephrine and norepinephrine. These hormones are secreted when your body is under perceived stress and mediated, in part, through the hormone cortisol.  The more stress that you are under, the more your body will produce these hormones.  This may lead to a situation in which your body becomes “depleted” of the precursors required to create these hormones.  When this happens you may start to experience the symptoms of adrenal fatigue such as extreme fatigue, the sensation of feeling wired but tired, weight gain, and sleep problems.

The idea behind using L-Tyrosine, in this situation, is that you are providing your body with the necessary building blocks to produce more of these hormones which may “increase” your stress resilience. Studies have shown that using L-tyrosine may improve your cognition (reduce brain fog) and help reduce the symptoms of depression as well.

Furthermore, both the thyroid gland and adrenal gland interact with one another.  As one system starts to fade or become dysregulated, it can bring the other system down as well.

Tyrosine is an extremely important ingredient in this formulation and works synergistically with all the other ingredients as well as being the precursor amino acid to so many important hormones in the body.

Threonine is an essential amino acid that plays an important role in regulating protein balance in the body. Because it’s considered an “essential amino acid,” that means the body doesn’t synthesize the amino acid, so we need to eat foods high in threonine to obtain it.

Benefits of L-Threonine include:

Threonine prevents fat buildup in the liver. It does this by regulating fat metabolism and facilitating lipotropic function.

Lipotropic compounds work to break down fat during metabolism, and without the amino acids threonine, methionine and aspartic acid, this wouldn’t be possible. Threonine deficiency can lead to fatty liver and even liver failure.

An animal study published in the American Journal of Physiology found that Threonine-deficient diets increase mitochondrial uncoupling in the liver. This means that diets lacking quality protein foods that provide essential amino acids can lead to cell malfunction and the buildup of fats in the liver.

Threonine is needed for the proper production of collagen, which is required for connective tissue formation and wound healing.

Threonine is essential for the formation and maintenance of strong, healthy connective tissue. Other than water, collagen is the most prevalent substance in the body. It is literally everywhere inside us, strengthening our skin, bones, muscles, lines arteries, and digestive tract.

Threonine is necessary for healthy collagen because it is the precursor to two other amino acids — serine and glycine — that make up collagen. Additionally, it helps to speed the healing of wounds and broken bones.

The immune system needs threonine in order to produce antibodies. The central nervous system also requires a lot of it, which it may help fend off certain types of depression.

Furthermore, the thymus is a small gland that sits by your collar bones and it makes T lymphocytes (T-cells), which fight off infection. The thymus uses threonine to make T-cells.

One of the first signs of Threonine deficiency is sudden, severe mood swings and irritability. Other symptoms include confusion, digestive problems, and fatty liver.

As with most things, you can find a variety of supplements of threonine, but the L-form is the only one that occurs in nature and the only one you should consider taking as a supplement.

Threonine protects your digestive tract by producing a mucus layer that covers the digestive tract. The mucus provides a necessary barrier that keeps digestive enzymes from eating through your intestines.

Studies have shown that low levels of threonine in animals result in digestive problems and lower immune function, and researchers believe this is due to a poor-quality mucus barrier in the gut. Insufficient threonine may also cause Leaky Gut where allergens such as gluten are able to pass into the bloodstream and cause allergies.

Not only does a threonine deficiency have a negative effect on the immune system, but it also results in reduced absorption of nutrients. The combination can lead to a whole series of other health problems.

✔️ Essential to B12 Production

Threonine is necessary for the production of Vitamin B12. Vitamin B12 is key to your energy, mood, memory, heart health, skin, and hair.

Accelerated Thyroid contains L-threonine in order to help the liver break down fats that are needed to produce hormones. Since it is the liver that is responsible for converting T4 into T3, the active thyroid hormone, L-Threonine will improve liver function so that thyroid function is optimal.