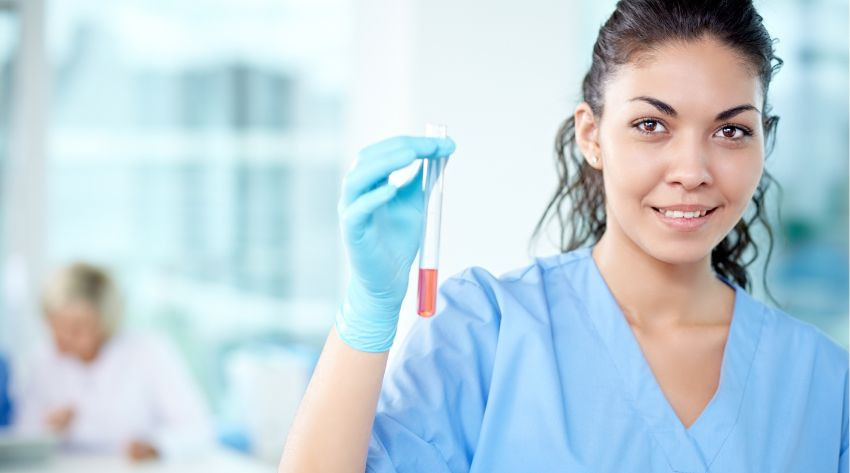 We all know that iodine is needed for metabolism and thyroid health, but many Western and holistic practitioners are cautious when it comes to prescribing iodine to their patients. Typically they are unsure of the ramifications of “too much” iodine.

All 100 trillion cells in the body need iodine – not just the thyroid.

The thyroid, the master endocrine gland of human metabolism regulates:

The Pituitary – The Master Endocrine Gland 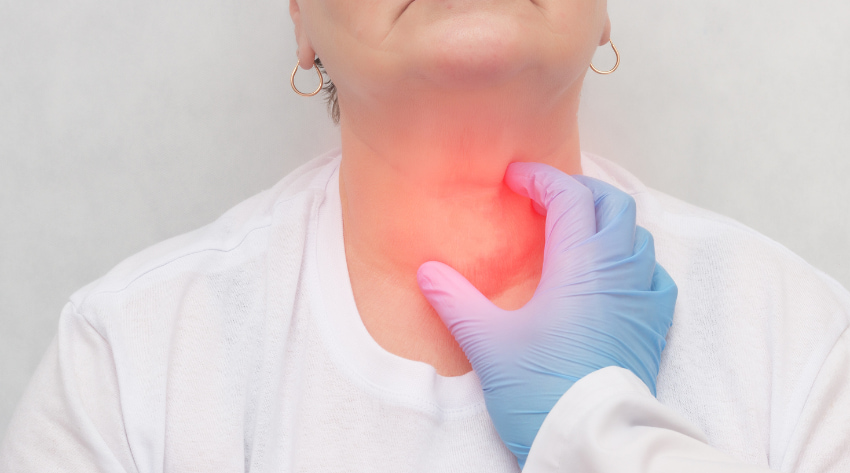 In 1954, Eartly and Leblond in Endocrinology (pp.249-271) showed all pituitary functions are mediated by T4 suggesting the thyroid—not the pituitary—is the master endocrine gland of the entire body, not just of metabolism.

The body can convert carbohydrates, protein or fat into glucose. Sometimes broad-spectrum minerals or unrefined salt like Accelerated Ancient Salt is all a body needs for extracellular communication to allow glucose in the cell, and this works just as fast and without side effects of refined sugar. With few exceptions, insulin, a pancreas secreted hormone, must attach to a cell’s receptor site before glucose can enter that cell. Once inside, glucose is converted to energy by mitochondria, the “power plants” of the cell.

The top reason for mitochondria failure is iodine deficiency; thyroid hormones must attach to mitochondrial (and even DNA genome) receptor sites before energy production can begin. An unhealthy person has about 200-300 mitochondria per cell, but with optimal exercise, diet, and iodine, the cells can have up to 2000 to 5000!

Common symptoms of iodine deficiency include:

Practitioners today fail to test for iodine deficiency.
They only test for “some” thyroid hormones like T4 and TSH; if pushed, they may test for T3, Reverse T3,  Reverse T4, Free T3, Free T4, and thyroid antibodies for subclinical autoimmune. However, these tests miss that the adrenals secrete backup T4 and T3 and that iodine is displaced by fluoride, chlorine, bromine, and radioactive iodine from its rightful receptor which renders T4 and T3 useless.

As a result, iodine blood tests routinely show a false “normal” thyroid while masking overworked adrenals and a malfunctioning thyroid. By the time there is a thyroid issue, it is too late and the adrenals are exhausted too.

How to Test for Iodine Deficiency 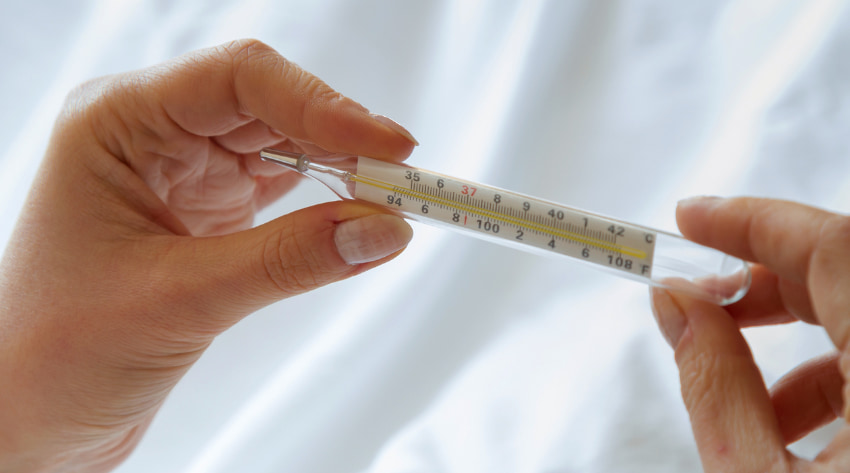 01| Shake a thermometer below 95 F degrees and put next to bed
02| Upon rising slowly place under armpit for 10 minutes.
03| Be still. Record waking temperature for 3 consecutive days.

Mitochondria as well as the nucleus of the cell have thyroid hormone receptors.

The sodium-iodide (Iodine means a singlet atom of iodine) cotransporter transports the Monoatomic iodine atom ONLY into the cell- not any other form of iodine like potassium iodide, sodium iodide, or any other “form” of iodine.  ONLY singlet atoms of iodine (like Acceleradine) are able to enter the cell.

What is falsely taught is that this transport mechanism is only for the transport of singlet iodine molecule into a “thyroid” cell.  But all 100 trillion cells in the body have 50% iodo-lipids and they all have thyroid hormone receptors.

So BESIDE the thyroid itself, all 100 trillion cells need iodine.

When you increase iodine intake, this act of doing so consequently increases TSH to facilitate the amount of thyroid hormone (T3 and T4) needed for all 100 trillion cells.

This act also consequently increases TSH because TSH is also responsible for stimulating the production of the sodium-iodide symporter (NIS) that allows the singlet atom of iodine (as opposed to thyroid hormones T3 and T4), along with two “separate” sodium molecules to enter the cell.  In other words, iodine is not just used in the form of thyroid hormone; it is also used in the form of singlet atoms for cleansing, binding of toxins, cutting mucus, immune function, and more throughout the WHOLE Body.

Unfortunately, “the test” for “TSH” falsely red flags practitioners that a patient with a “high” level of TSH now needs to go onto thyroid medication, when in fact, the TSH increased with an increase in iodine intake in order to facilitate both making more thyroid hormone and also allowing more iodine into a given cell that all 100 trillion cells desperately want and need in today’s environment.

There is also an increase in TSH (thyroid stimulating hormone) with increased iodine, which may last up to six months. This is not a sign of hypothyroidism, but instead is related to the fact that the whole body is deficient in iodine, and TSH stimulates the production of sodium- iodide-symporter (NIS).

Without adequate NIS, iodine cannot enter the cells and be utilized. NIS is a carrier system into all the cells, and when this system becomes deficient, the whole body becomes deficient. The key practical reality is that the people who increase their iodine intake do not have signs of hypothyroidism (such as fatigue, hair loss, headaches, weight gain, and dry skin), and they maintain normal T3 and T4 levels.

Because TSH is increased with an increased iodine intake, so many holistic doctors are putting their patients on thyroid meds and glandulars because they simply do not understand “the test”.

But who set “normal” levels anyway?

Reverting back to using the Basal Body Temperature (BBT) test with a mercury thermometer, the gold standard for accuracy in testing the thyroid since at least 1905, is paramount. The reason is the “thyroid medical screening via blood tests” which began in 1973, took the place of the 1905 Basal Body Temperature Test, in which these blood tests were promoted as the state-of-the-art approach, but instead was an extremely less accurate approach in determining thyroid health.

The Importance of Accelerated Ancient Salt, Acceleradine, and Water

An interesting aspect of the SODIUM-POTASSIUM pump that maintains osmotic pressure is that it takes three sodium to bring one potassium inside the cell.  Regarding this fundamental pump, the majority of the sodium is located outside the cell and potassium inside.  When the body is low in sodium, potassium leaves the intracellular environment to make up for the missing sodium.  This shows up as “high potassium” in the blood which is a red flag on blood tests.

People low in sodium see a DROP in Basal Metabolic Rate.  The reason is that with LOW sodium, the blood gets thicker and starts using the precious iodine to clean it up.  When the iodine gets used up, the thyroid, which controls the temperature of the body via iodine and thyroid hormone, is unable to keep the temperature within the optimal Basal Body Temperature (BBT) range.

As mentioned, the body holds 10.5 gallons of water.  Approximately 7 gallons are fresh water inside the cell and 3.5 gallons are salt water outside the cell.  When the sodium drops, the kidneys have to reabsorb the precious sodium left and not urinate it out. It is NORMAL to pass a HUGE amount of salt through the kidneys daily.

When there is NOT enough salt, not only is iodine used to clean up the resultant thick blood, over and above iodine’s VITAL role in mitochondrial, nuclear and cellular daily metabolic function in 100 trillion cells, but also iodine is used HEAVILY AND WASTED in the metabolic process to produce SEVEN HORMONES THAT ARE REQUIRED TO REABSORB PRECIOUS SODIUM.  These hormones include:

Producing any hormones is metabolic intensive.  So, for example, when someone is cold at night, a clear indicator of hypothyroidism and low BBT, adding a MINIMUM of 1.333 teaspoons DAILY of SALT to their iodine regimen, increasing to that level slowly, helps to more quickly increase the BBT back to normal range.

Also, low salt results in thick blood, which gives rise to the sale of DIABETIC and STATIN drugs.  Why?  Salt pulls sugar and glucose out of the blood and thick ACIDIC blood damages the lining of the arteries and so the liver has to produce cholesterol to PATCH UP THE DAMAGED ARTERIAL LINING.

So the trinity of optimal health is iodine, salt, and water.

Acceleradine is the only Monoatomic iodine able to feed every cell in the body with 100% bioavailability.  Acceleradine is radiation-free with only two ingredients: singlet iodine atoms (I-) as stable isotopes of I127 and 200-proof organic, non-GMO, grain alcohol.

Directions:  Start with 3 drops in water three times a day on an empty stomach at least 15 minutes away from food or supplements.  Increase by one drop per day until you reach 25 drops 3 times a day.  Stay at that amount until our world’s toxicity and radiation levels decrease.

Accelerated Ancient Salt is a strongly negatively charged salt (to help “pull out” positively charged toxins, parasites, and undigested fats), that is made from a pure, raw, unbleached, unheated, unrefined ancient seabed and sea salt from pristine sources that contain no harmful or synthetic excipients.

This powerful salt is a mixture of five precious salts from high-frequency locations in the Andes Mountains, the Himalayas, and Utah. It is Scalar Charged to further enhance its Frequency. Through the use of basic quantum mechanics combined with the high purity of raw materials, a Scalar field is developed. The resultant Scalar energy is a Higher Frequency of energy that helps create the organization of the DNA. And it tastes AMAZING!