One Diet Doesn’t Fit ALL 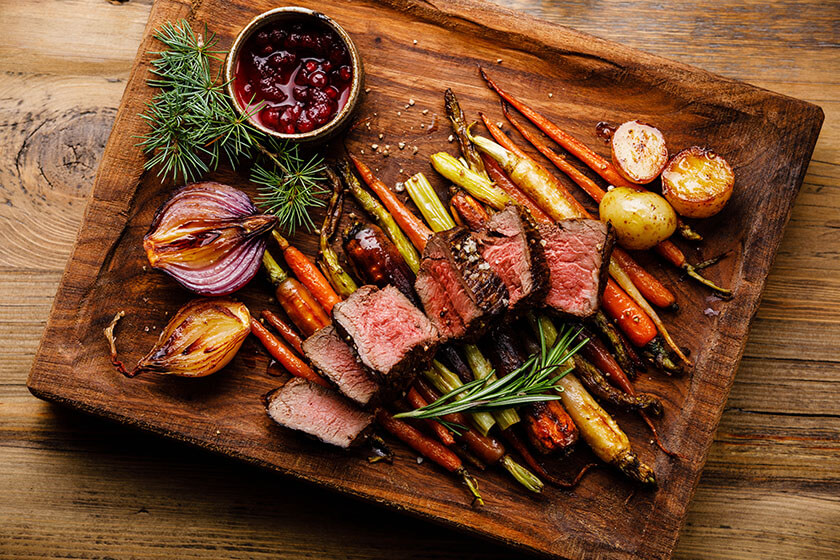 I grew up in an era where FAT was the devil, and grocery stores were lined with processed snacks that were fat-free. As my health hit rock bottom, I then learned more about the damage of sugar and processed foods and steered my diet to Paleo.

Even with a Paleo diet, I still suffered from Leaky Gut, hormonal imbalances, and a lack of energy. I cut out vegetables like nightshades and lectins. I then learned about the Keto diet which turned my world upside down, as it focused on high fat, high protein, low carb foods, and I even tried the Carnivore diet. With each step, I improved, but I still wasn’t feeling my best. Not until meeting with Teri Cochrane and the introduction to the Wildatarian Diet, and the realization that “One Diet Doesn’t Fit All” knocked me over, did I really understand true health optimization.

The individualized diet centers on your own DNA makeup.

For me, I have a very difficult DNA, meaning that my body is unable to process many foods that are seemingly “healthy” including all of the sulfur and oxalate containing vegetables. However, I am able to process nightshades and lectins. So, I was eating ALL OF THE WRONG FOODS and avoiding ones that I actually can eat! When I eliminated them and switched to foods that my body could assimilate, any residual bloat or digestive issues I still had disappeared.

What Are Sulfur Containing Foods?

Sulfur is a compound found in many foods, medications, and even health supplements that has to be metabolized by our bodies detoxification pathways. One paradox is that healthy, sulfur rich foods such as kale and broccoli may be leading to diseases such as Crohn’s, ulcerative colitis, arthritis and even mental health issues.

Foods that contain sulfur include cruciferous vegetables, onions, garlic, and egg yolks. Even many green juices touted as “healthy” have these ingredients in them. What’s worse, is our environment may impact sulfur metabolism.

Gluten, found in grains of wheat, rye, and barley, is typically sprayed with glyphosate which is also contributing to this disruption in sulfur metabolism.

Mycotoxins that are found in crops of corn, soy, peanuts and other legumes can also affect sulfur processing. When this pathway is disrupted, we feel sick, stressed and tired, and are more apt to suffering from mental health and autoimmune disorders such as depression and ulcerative colitis.

Signs that you have a compromised sulfur metabolism include:

Do You Have A Compromised Fat Metabolism?

I know in my family of five, half of us are fantastic at metabolizing fat and thrive on a high-fat ketogenic diet, and the other half have a genetically predisposition to difficulty with metabolizing fat.

Fat, along with protein and carbohydrates, is a macronutrient. It is the major unit of stored energy in the body, and it is the key to an endless supply of energy when you are able to tap into those fat stores.

Most of the stored fat in our bodies exist in a form called triglycerides. They are three individual fatty acids connected by another molecule called glycerol.

Proper fat metabolism and absorption is critical to the brain and cognitive function. However, consuming a diet high in fat can cause genetically vulnerable people to become fat malabsorbed which creates a state of not being able to properly metabolize fat, and this can clog the liver and intoxicate the whole system.

To compound the issue, if someone is in a constant state of stress, a chronic secretion of epinephrine occurs, which is a fat based hormone that can slow the processing of fats by the body and wreak havoc on the integrity of our digestive system, immune system, and the situation gets worse. This will exacerbate the fat malabsorption.

As a result of this chain reaction, gut permeability, clogged liver, impaired hormone metabolism, and acne will arise.

The following are signs that you suffer from fat malabsorption:

If this sounds like you, avoid high fat nuts, high fat fish, and even higher fat wild meats.

If you are following a ketogenic diet, you can still stay in the state of ketosis by eating a high protein, low carb diet and burn your own fat stores to stay in that ketogenic state. With the help of Accelerated Keto that kicks you into ketosis, you are able to stay in fat burning mode and relieve the pressure on your liver and gallbladder of processing dietary fat.

In fact, Accelerated Keto will further “de-fat” the liver, lower your stress level as it increases Gaba and the happy hormones in your gut and helps you intermittent fast by reducing your cravings. As a result you are able to heal gut permeability, reduce inflammation and edema, and quicken the healing process.

Ready to start a Keto Diet but not sure how? Follow my 3 Day Keto Kickstart

Is Protein the Issue?

Proteins are molecules composed of one or more chains of amino acids;  they serve as building blocks in our body. With conventionally produced meat the proteins have become truncated and misfolded into structures known as amyloids, which may not be easily assimilated by the body.

This change in structure of the proteins may have detrimental effects on the body’s ability to break down and absorb these proteins, which are essential to creating amino acids for the body to build enzymes, antibodies, and hormones.

How Do You Optimize Your Digestion and Heal Your Body?

1. Minimize or eliminate foods that cannot be easily absorbed by the body based on your genetic blueprint and current state of health.

2. Minimize or eliminate foods such as those containing amyloids (all chicken, pork and some beef), gluten, and glyphosate.

3. Consume easily digestible protein such as wild fish, lamb, deer, elk and other wild Meats not including chicken, pork and possibly beef depending on your genetics.

4. Minimize dietary fat if you suffer from fat malabsorption.

5. Eliminate sulfur containing food if you suffer from a compromise sulfur detoxification pathway. These include cruciferous vegetables, onions, garlic, etc.

6. Eat in a relaxed emotional state which increases stomach acid and helps with proper digestion.

What Supplements Can Help Expedite the Healing Process?

2. Take Acceleradine to increase energy and metabolism, devitalize foreign pathogens throughout the body that could be compromising the system.

6. Use Digestive Enzymes to help with digestion.