Why We Need Salt 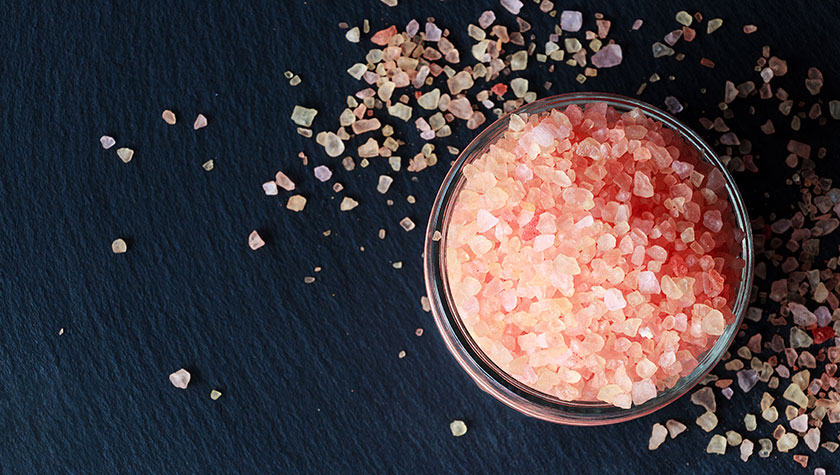 Are You Afraid of Salt? Think again…

So When Did Things Change?

In 1977, we received advice to eat a Low Fat and Low Salt diet. Senator George McGovern and his committee lead the push for the Low Fat, Low Salt Dietary Guidelines. They told us to eat 1.2 grams of sodium based on scientific opinions, published in a review paper saying two requirements had to be met for someone to have a rise in blood pressure from eating a normal amount of sodium. These requirements were:  1. Eat a low potassium diet, and 2. Be genetically susceptible. This was a small amount of the population, but they discarded those details and made a blanket statement for ALL people to stick to a Low Salt Diet.

Later, Salt was wrongfully attacked in a unfounded 1984 NHANES study, and further created an erroneous belief oft low salt and no salt diets. The study was faulty because: a) it was conducted with table salt, not the salt the body really needs, and b) the only rise in blood pressure, which was insignificant, were from ethnic tribes that had never consumed processed, refined salt before.  Since that time, there has been unwarranted fear of salt, and resulting in skyrocketing sales of Statin and Diabetes pharmaceutical drugs. Not coincidentally, low salt and no salt diets create unnecessary challenges with cholesterol, and blood sugar is compromising the functions of the cellular wall and its “Sodium-Potassium pump”.

Since the sodium-potassium pump drives nutrients into the cell and escorts toxins out of the cell through the cellular wall of each of the 100 trillion cells in our bodies, we truly need to understand salt and the importance of trace minerals.

NO Study shows lowering salt causes an increase in heart failure or mortality rate. In fact, lowering salt in your diet can increase All-Cause Mortality. Most people with a risk of heart disease are already on medication that are diuretics—ridding the body of salt. 1 out of 4 people usually have low sodium in the blood. Then the diuretic can’t work. This results in a large retention of fluid to salt ratio because the body is not able to pump the “thick” fluid around the body that mimics molasses.

How Much Salt Should You Have a Day?

During Exercise, you lose ½- 1 teaspoon of salt per hour of exercise. If you are exercising in 80-89 degrees, take ½ teaspoon of salt with 12 ounces of water about a half hour before your workout, and it will do wonders. Even if you are doing High-Intensity Training, weight lifting or cardio, you will benefit and be able to workout longer. When you preload with salt, it allows you to exercise 21 minutes longer before you get fatigued. It increases your plasma volume which cools you down, and your heart rate is lower. No pre-workout supplement can do this, according to James DiNicolantonio.

What Happens If You Don’t Have Enough Salt?

What Are the Symptoms of Sodium Deficiency?

If your Sodium level is within the normal range on a blood test, could you still be sodium deficient? Yes! Look at your BUN number on the blood test,  and if it is high and your water intake is normal, it means you don’t have a good adrenal blood flow or kidney blood flow.

Now that you know you need salt…

What Do You Look For in a Salt?

You don’t just want any type of salt. National Geographic recently published an article on “Microplastics in Salt”. They tested 39 big brand salts from 16 different countries…36 out of 39 had “microplastics” in them. They tested sea, lake and rock salt. It didn’t matter. They were all tainted with “microplastics”.

Comparing Raw Ancient Seabed or Sea salt to Table Salt is like comparing a fresh, organic, nutrient-dense “living” tomato to refined, sugary, fermented, chemical-laden “dead” ketchup. Raw ancient seabed salt and sea salt are also quite different in comparison. The former is mined from an ancient, underground, protected, completely dry seabed; the latter is precipitated from oceans, considered today by many to be polluted. Some oceans can have toxic attributes (PCBs, dioxins, estrogens, etc.) and some sea salt is full of those toxins.

Raw ancient seabed/sea salt has a chemical structure of sodium chloride (NaCl) plus valuable trace minerals. Conversely, table salt is primarily sodium chloride only because during its refinement, valuable trace minerals are stripped and sold off to other industries for profit. Although Iodine, another mineral missing in table salt, is added to some table salt to create iodized salt, less than 20% of all table salt is iodized anymore because there are no mandates for restaurants or processed food manufacturers to use iodized salt. Since the bioavailability of iodine in refined, iodized table salt is only 10% and the World Health Organization’s estimated 72% global iodine deficiency, it is imperative to supplement with the right kind of Iodine.

How is Iodine Related to Salt?

Fluorine, Chlorine, Bromine and Iodine are elements or atoms known as “Halogens,” and the first three have a lower molecular weight than Iodine. As a result, they displace Iodine out of the body through the science of “halogen displacement” if you are deficient in Iodine. So chlorine, typically used to bleach table salt white, and chloride found naturally in salt, both displace iodine, but unlike the toxin, chlorine, chloride is an important electrolyte involved in the Sodium-Potassium pump function.

Bromine, considered one of the top 12 deadliest chemicals on earth, somehow is still legalized in the U.S. It is found in bread, Mountain Dew, Gatorade, Fresca, pesticides on non-organic vegetables, fire retardants (polybrominated diphenyl ethers or PBDEs) on mattresses, car interiors, computers, iPods, mobile phones, clothing and carpeting, a few pharmaceutical drugs (brominated drugs were primarily replaced in the early 1900s with fluoridated drugs of today because bromine was too toxic!—but fluoridealert.org shows fluoride is toxicity also!), jacuzzis and spas, and chemtrails (include ethylene dibromide). Because chloride has a lower molecular weight, it can “Salt Out” or displace the bromine, bromide, and bromate; but it can also Salt Out Iodine. So an Iodine regimen is important with salt intake (see Thyroid and Radiation Detox Program). Raw Ancient Seabed and Sea Salt has about 71 times the amount of Iodine than Iodized Table Salt, but is much more bioavailable; so adding iodine to the diet, such as Acceleradine, is prudent no matter what salt is used given the Halogen Displacement of Iodine coupled with the rampant global Iodine deficiency.

Accelerated Ancient Salt is strongly Negatively charged—to help “pull out” Positively charged Toxins, Parasites and Undigested Fats—and is Pure, Raw, Unbleached, Unheated, Unrefined Ancient Seabed and Sea Salt from pristine sources that contain no harmful or synthetic excipients. This product is a mixture of five precious salts from high-Frequency locations in the Andes Mountains, the Himalayas and the United States. It is Scalar charged to further enhance its Frequency. Through the use of basic quantum mechanics combined with high purity of raw materials, a scalar field is developed. The resultant Scalar energy is a Higher Frequency of energy that helps create the organization of the DNA.

How To Use Accelerated Ancient Salt