How Controlling Blood Sugar Levels Can Help You Suppress Appetite 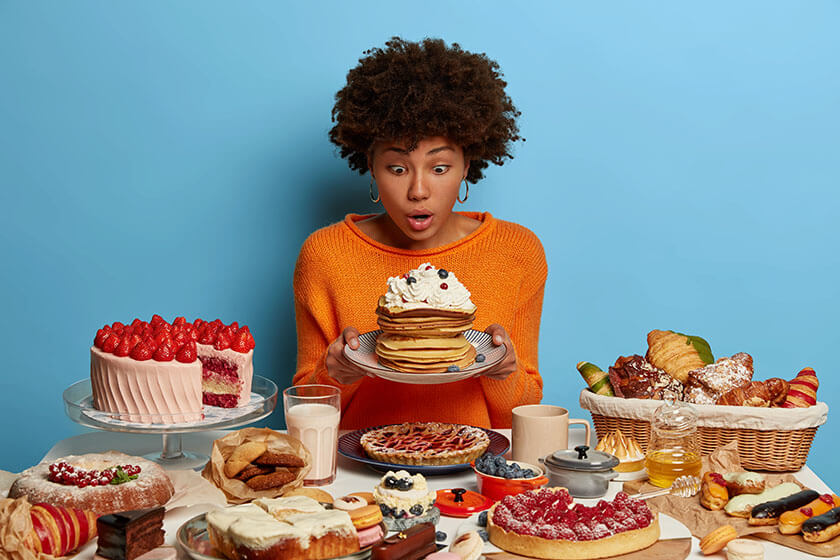 Most people struggle with appetite control and are always thinking about their next meal. As your brain is constantly focused on what you’re going to eat next, and where and how, you have very little time to actually think about doing something productive or new or inspiring. It’s a trap. What if I said you could control your appetite and free up your time and your headspace for more productive thoughts and activities while saving money on food?

Overeating and a lack of appetite control is driven by blood sugar imbalances. If your blood sugar is constantly going up and down like a roller coaster from a diet based on carbohydrates and processed foods, you will be locked into continually needing fuel every 2 to 3 hours to get more physical and mental energy. Meanwhile, even though you have thousands of calories in your body as fat stores to burn, your body fails to tap into those stores and relies only on food for energy.

Ultraviolet light exposure to the eyes stimulates MSH, which is a molecule that reduces appetite. It keeps your desire to eat in a healthy range. This is why most people have less of an appetite during the summer months versus the winter months. You need light throughout the day, not just in the morning, and you want the exposure without sunglasses.

Wake Up With Accelerated Keto

When you take Accelerated Keto, it flips you into burning your body fat for energy, and as a result, your appetite is suppressed as your body no longer needs dietary fuel and can feed off its own body fat. While you don’t eat and instead burn your fat stores, blood sugar and insulin levels lower, and become consistently low and stable. The roller coaster ride of blood sugar and cravings is finished.

CCK is a hormone, released by by certain things in your gut, that suppresses your appetite. It is stimulated by certain neurons in the gut that recognize what is in the gut and by the mucous lining and the microbiome. It is stimulated by amino acids, particularly L-glutamine, and certain fatty acids, particularly Omega 3 fatty acids, those from fish, algae, kelp, and krill, and CLA.

Additionally, L-Glutamine can reduce sugar cravings. Your body uses amino acids for energy through a process called gluconeogenesis and for building muscle tissue and other cellular repair in the body. With sufficient amino acids and fatty acids ingested, you will tend to eat within healthy ranges and not overeat.

Furthermore, after hours of not eating and following up with starting with protein and fat first, the blood sugar will barely rise, and therefore won’t fall drastically causing the typical roller coaster of blood sugar.

This is a hormone that is released by the fat cells to tell the brain it has enough body fat and reduces appetite. However, obese people and people with insulin resistance usually suffer from Leptin Resistance, which creates an abnormal response to the release of leptin. Essentially the brain doesn’t listen to the leptin signals.

Berberine has a similar effect on blood sugar as Metformin, which is a common prescription for Type II Diabetics. It keeps blood sugar low, which helps with appetite and cravings.

By moving, walking, doing some squats, or any time of movement, it will blunt the rise of blood sugar and glucose.

Processed foods are so hyper palatable that they blunt your normal taste buds, but it also decreases CCK. These processed foods have emulsifiers in them which extends the shelf life of these foods. Emulsifiers bring together fat and water. But those emulsifiers strip away the mucosal lining of the gut and cause the neurons to retract in the gut.

As a consequence, the signals from CCK are shut down and never get triggered to shut down hunger, so you end up wanting to eat more. Furthermore, your gut now can’t register the amino acids and fatty acids of the healthy food to signal satiety. They are limiting the gut’s ability to measure what is in the food you ingest to be able to shut down hunger. They also affect your brain’s registering of dopamine which regulates your cravings for sugar so that your craving increases.

The fake sweeteners such as aspartame, saccharin, dextrose, maltitol and others not only raise blood sugar but also stimulate your appetite for real sugar and carbs. Furthermore, these fake sugars wreak havoc on the gut microbiome, which can lead to leaky gut, bloating, malabsorption of nutrients and inflammation. Monk Fruit and Stevia are healthy sweeteners that actually lower blood sugar.

Adding lemon, lime and apple cider vinegar have been shown to blunt the rise of blood sugar. Not only that, but they don’t break a fast or kick you out of ketosis for those of you trying to gain the benefits of fasting and a ketogenic diet.

This is the hunger hormone that starts to get you hungry, triggered by a low level of glucose in the blood. It activates neurons in the brain to trigger hunger. It can be adjusted by about 45 minutes per day.  So if you want to push out your meal time, you can do this by 30-45 minutes per day. This is the amount of time neural circuits can handle the shifting of ghrelin signals.

This will slow the rise of blood sugar versus if you eat carbs or sugar first there will be a huge spike in blood sugar. As you blunt the rise and fall of blood sugar, your appetite and cravings will be lessened.