What Does Colloidal Silver “PPM” Mean? 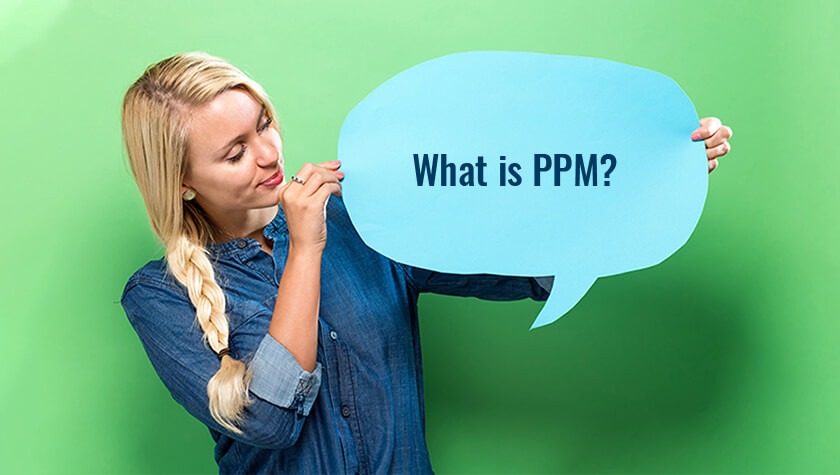 Interestingly I have received these questions a lot more recently.

I’ll address PPM first. Some of you may have heard of PPM before, while for others this may be your first time hearing this term.

PPM stands for “Parts per Million”

Colloidal Silver is a solution of pure metal silver particles suspended in water. Real colloidal silver is made up of 2 or more atoms of silver that are not bound to any other substance and can be separated out of the solution if desired. A high concentration of this type of silver with enough PPM’s will change the color of the water to a golden yellow tint. If the particle size of the silver is small enough and the ppm is lower, then the color of the solution can also be clear.

The usage of PPM in the Supplement Facts Disclosure Box is used to describe how many parts per million of the metal, whether it is silver, gold, platinum or any metal.  However, with the advancement of silver solutions from the old colloidal formulas to now the new ionic formulas, the PPM means less and the particle size means more.  The smaller the particle size means the better absorption of the formula.  Therefore, “more isn’t better” when it comes to PPM.  For instance the Accelerated Scalar Silver has a PPM of 10, which is relatively low, but because of the Scalar and Water Implosion technologies that are applied, the absorption and efficacy of the solution is exponentially enhanced beyond any other silver solution.

Why is using PPM on product labels misleading?

When taking Accelerated Scalar Silver™, it is only necessarily to take 2 tsp per dose.  I recommend taking it 2-7 times a day depending on your purpose.  For health maintenance, I recommend 2-4 times a day, and if you are addressing an acute ailment, I recommend 5-7 times a day.  You hold in your mouth for at least one minute and then swallow.

The Charge of Silver Ions

In addition to the particle versus parts per million confusion problem, whenever silver particles are present in water, so are silver ions which are not technically considered particles. Silver ions are atoms or molecules (as opposed to particles composed of hundreds of thousands of atoms) which are chemically dissolved in water.

Technically speaking, a silver ion is an atom or atom cluster of silver that is missing one electron. It is the outermost electrons of an atom that determine the physical properties of matter. Take away one electron from a silver atom and you get a silver ion which is water soluble. Suffice it to say, generically, that all silvers will have some mix of particles (colloids) and ions (positively charged atoms or molecules). Most silver purchased today, similar to Accelerated Scalar Silver™, contains significant quantities of ionic silver content in addition to silver particle content.

Which is most effective, silver particles or silver ions?