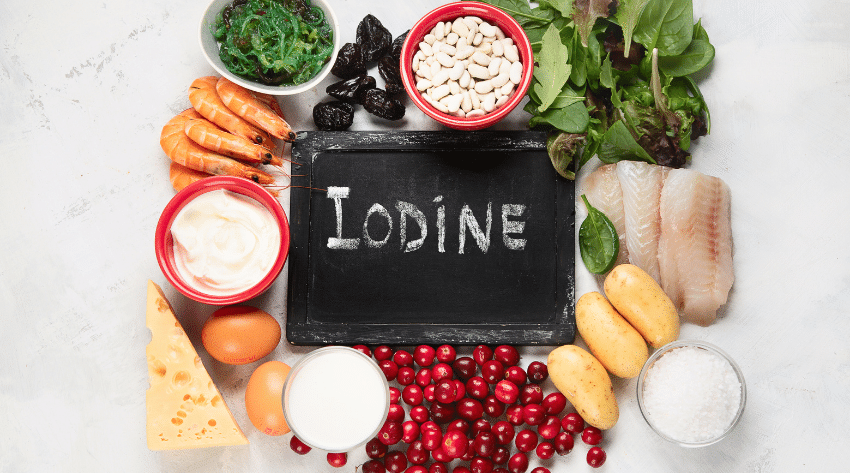 Why Is Iodine So Important for Health?

Iodine is found in every cell of the body — all one hundred trillion of them. From a systemic holistic perspective, adequate iodine is crucial for our health. Without adequate iodine levels, life is impossible.

I personally have been taking different forms of iodine for a long period of time knowing it’s essential to health. Iodine  and Accelerated Scalar Silver™, have been the two absolute daily supplements I won’t go without, as they have an synergistic effect for Immunity, Energy, and Disease-fighting properties; the two together just make me feel my personal “best.”

However, it wasn’t until the FIRST DAY that I took Acceleradine® that I truly felt the difference compared to any other Iodine! My energy was higher, and I literally felt my thyroid “turn on” like a light switch.

But before I share with you more about to the newest Accelerated Health Product, Acceleradine®, I want to touch on just how important iodine is to your health.

Here are just a few of the many important functions of Iodine:

One of iodine’s major functions, in conjunction with oxygen, is to support the process of Apoptosis (programmed cell death of unhealthy cells), which is particularly relevant in preventing cancer and aging.

Iodine serves to prevent lipid peroxidation, especially in Breast Cancer. Women with iodine deficiency have been found to have three times greater incidence of breast cancer. High intake of iodine is associated with a lower risk of breast cancer.

Another important aspect of iodine is its ability to protect ATP (the biological units of energy). Sufficient iodine in all tissues and cells helps to produce a healthy 36 ATP’s through the Krebs cycle, which has profound implications for all levels of function, including brain function. When we are low in iodine, we tend to move into glycolosis, which only produces 2 ATP’s, bypassing the normal Krebs cycle, and so bypassing the mitochondria altogether. In other words, this significantly lower ATP production (18 times less!) greatly contributes to low vital life force and disease.

As previously mentioned, iodine helps with mental functioning. Low iodine is associated with low IQ’s with a difference of up to 13.5 points as cited in the Bleichrodt study of 1994 in children. However, iodine deficiency is also associated with mental functioning in adults, because iodine not only chelates lead, but, according to Dr. Jorge Flechas, iodine prevents lead from lodging in the body in the first place. This occurs if enough iodine is supplemented, in order to push out fluoride, a culprit responsible for lead accumulation in the body.

According to Sebastiano Venturi in Evolution of Dietary Antioxidants – The Role of Iodine, iodine is an important antioxidant that has antitumor and antisclerotic activity. When iodine is used as a supplement, antioxidant activity increases and immune system function increases.

Healthy iodine levels also seem to be important in regulating estrogen balance. The three main estrogens (estrone (E1), estradiol (E2), and estriol (E3) come into balance with iodine sufficiency. Iodine has been shown to bring a healthy balance between these hormones in both men and women. The ovaries, testes, and adrenals all produce estrogen. It is interesting to note that estrogen and progesterone compete for the same receptor site and that infertility and miscarriage are both associated with estrogen dominance and progesterone deficiency, underneath which lies iodine deficiency. The World Health Organization has related iodine deficiency to decreased fertility and increased perinatal and infant death.

For a full list of the important functions and benefits of iodine, download: Iodine—The Universal and Holistic Super Mineral [pdf]

What is a Safe and Reasonable Dose?

In a most significant study called the Iodine Project, done from 1997 through 2005, Dr. Guy Abraham, Dr. David Brownstein, and Dr. Jorge Flechas followed 4,000 patients and administered 12.5 to 100 milligrams daily, with 100 milligrams administered to diabetics primarily, because low thyroid function is also associated with Type 2 diabetes. They had positive results with only three adverse reactions out of 4,000 people (possibly allergic reactions to the binding agents, excipients, fillers, preservatives and/or synthetics commonly found in tablets, capsules and even liquids as opposed to the bioavailable form of iodine itself). This research group theorized that because in Japan the average intake was 13.8 milligrams, and Japan had significantly less breast and prostate cancer and better health and longevity than in the US, that higher doses of iodine could be safely used. In this 7-year study, they observed reversed fibrocystic breast disease, decreased insulin requirements in diabetics, significantly less need for medication for hypothyroidism, resolution for fibromyalgia, and also resolution of migraine headaches. In the study, the iodine ranges were somewhere between 12.5 and 100 milligrams (100,000 micrograms) daily and were considered safe dosages.

So it is safe to suggest that at least the guidelines given by Drs. Abraham and Brownstein for the use of 12-50 milligrams of iodine daily, for overall iodine sufficiency and wellbeing, and up to 100 milligrams/day for diabetics is reasonable.

Both the iodine source used in Acceleradine® (from a pristine, uncontaminated, underground mine site in South America) and the non-GMO grain alcohol have been tested and shown to be radiation free!

This is a 2% singlet iodine atom (I¯) negatively charged, true ionic tincture. Our proprietary process suspends this extremely high frequency iodine formula in its simplest form — atoms (not molecules, compounds, or complexes).