How To Get Rid Of Brain Fog 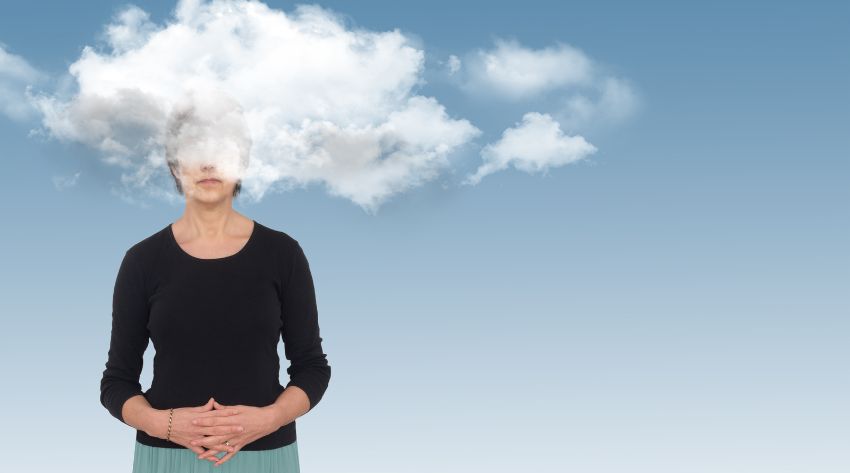 Many people suffer from Brain Fog, feeling like their brains are in the clouds or as if they are moving in slow motion.  Many causes could lead to this including nutrient deficiencies from eating the wrong bad foods, not enough of the right foods, and maybe even too much of the wrong “healthy” foods.  So how do you know what is causing your brain fog and how do you get rid of brain fog? 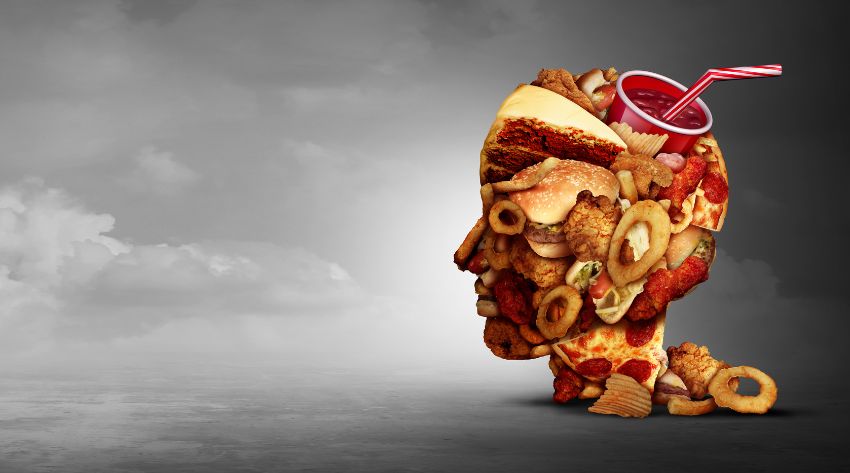 In a study of over 800 participants, sugar-sweetened soft drinks led to poorer performance in visual-spatial memory, working memory, scanning, tracking, and executive function.  The results were even worse for Type II Diabetics and those with Insulin Resistance.

Comparing consumption of sucrose, or sugar, to high fructose corn syrup, in a study rats suffered worse hippocampal-dependent spatial learning and memory in the high fructose corn syrup group.  In addition to negatively impacting the hippocampal function, and metabolic outcomes, there was also an increase in neuroinflammation, which can affect how neurons are communicating and the synapses are functioning.

In a study with over 18,000 people, participants showed lower verbal memory and verbal learning from eating foods with heavily processed or fried foods with vegetable oils like canola oil and sugars.  Furthermore, in a rat study, they showed impaired spatial learning ability (Spatial learning is your ability to become aware of your surroundings), and reduced hippocampal dendritic spine density.   This means the synapses that are relaying the messages don’t have a “good connection or signal.”  Think about your cell phone when the signal isn’t clear.  What’s more, it shows this affects the Long Term Potentiation, meaning it will affect your synapses long-term, and continued impaired “signaling” will occur from consuming these processed foods.

The study also showed a reduction in Brain Derived Neurotrophic Factor, BDNF, which helps the brain grow and develop and also is closely tied to Depression and Mood disorders.

It’s obvious that alcohol affects short-term cognitive function, but in a study of 48 patients, alcohol showed a long-term decline in attention span and executive function.  Also, there was a reduction in the gray and white matter of the brain, which is all of the brain matter.  Essentially, you have “less brain” over time with continued alcohol consumption.  Furthermore, there was a reduction in neurotransmitter activity.  So, not only is there “less brain,”  but there are fewer “signals” firing in the brain, and poorer “connections” between the signals.

Canola and Soybean oil have been used more and more because they are cheap.

In a 2017 canola oil study carried out by Elisabetta Lauretti & Domenico Praticò, not only did the results show significant weight gain in subjects, but results also reported neuro-inflammation, impaired memory, and suboptimal synapse health in the brain as a response to canola oil consumption.

Can you Get Rid of Brain Fog? 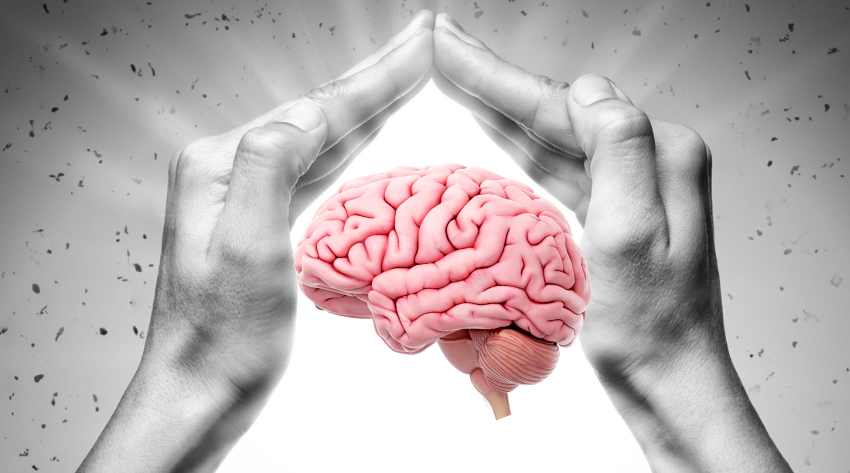 Supplements to Get Rid of Brain Fog

Accelerated Keto turns your body into fat burning mode within 30 minutes and it taps into its own fat stores for energy right away.   As a result oxidative stress and inflammation in the brain and body reduce, physical and mental energy improve, and brain fog diminishes.  There are additional ingredients in the Accelerated Keto specifically designed to eliminate Brain Fog.

PurCaf Caffeine. It is a natural form of caffeine derived from organic green coffee beans.  Most Keto products contain caffeine to boost the metabolic effect of the ketones.  Although, unlike Accelerated Keto, they use the synthetic form of caffeine, which can cause jitters, and the dreaded caffeine crash.  Because Accelerated Keto contains real organic plant-made caffeine with all the natural cofactors, you get caffeine without the side effects of synthetic caffeine– longer effectiveness, and better absorption and utilization.  Because of this, Accelerated Keto only contains less than a quarter of the amount in a cup of coffee per serving.

TeaCrine™.  This is a patent-pending compound containing pure Teacrine, which can be found naturally in Camellia assamica, kutcha tea, coffee, and certain exotic fruits. A natural identical compound, Teacrine™, improves energy, mental clarity, mood, and motivation.  Teacrine works synergistically with PurCaf providing a unique energy experience.
This is proven in a 2012 rat study by Allison A Feduccia et al.;

Combined with the ketones, it amplifies clarity and mental focus.  Also, combined with the Purcaf and Dynamine, sustained energy is experienced, making it easier for intermittent fasting while curbing appetite.

In a 2017 Theacrine study it was shown the combination of TeaCrine with Caffeine stimulates the brain in a different way, and stimulates nerve growth in a synergistic way.  Also, Teacrine supports serotonin levels and inhibits the negative results from stress; it allows you to still focus even under stress when usually focus is limited.

Dynamine™.  This is methylliberine, a pure alkaloid found in the Kucha leaf. Its molecular structure is similar to TeaCrine™, and is believed to behave in similar ways. Like theacrine, methylliberine may amplify feelings of energy, focus, and mood by activating dopamine and other key neurotransmitters, all without elevating blood pressure or heart rate.

With the increase in mood, brain fog is diminished, and appetite is suppressed. The synergistic effects with the other ingredients make the effects very noticeable with an additional increase in metabolism.

The result of this alleviation of depression and anxiety, and an increase in IQ and clarity of mind.

For example, mothers who have enough iodine during pregnancy have children with up to 13.5 points higher IQ, and iodine-sufficient pre-school children (25-59 months) have up to 9 points higher IQ in 12 weeks.

From a spiritual perspective, iodine, the main food for the thyroid (located in the neck), is the most spiritual nutrient since it provides the necessary “bridge” between the lower energy centers of the body and the higher energy centers in the head for an elevated consciousness.

Part of the brain fog is due to heavy toxicity from fluoride, mercury, lead, aluminum, and cadmium attaching to iodine receptor sites in the pineal gland; the pineal gland is known for activating the “third eye”, or our “higher self”.  When sufficient iodine is present, those toxins that are responsible for clogging the pineal gland have nowhere to attach to, as the receptor sites have plenty of iodine.  This is enhanced further with Acceleradine because it is the most bioavailable iodine with the Scalar frequency formulation to detox from radiation, toxins, and heavy metals.

Gold has been known for thousands of years to help increase focus and concentration, enhance mood, alleviate anxiety, and reduce inflammation in the body.  Accelerated Gold is the only gold formula using proprietary scalar technology to imprint healing codes and ozonated and UV sterilized distilled water to enhance its purity and beneficial effects.

There is strong data suggesting a role for magnesium in migraines, chronic pain, Alzheimer’s, Parkinson’s, depression, and anxiety.  Magnesium Breakthrough contains the full spectrum of all seven forms of the most bioavailable magnesium along with vitamin B6 to support mental health and promote a healthy stress response.

In a 2016 study on Chronic Hyponatremia, rats with insufficient sodium showed a decline in memory and mental focus.  Long-term potentiation in the hippocampus decreased significantly.

By just putting a pinch of Accelerated Ancient Salt on your tongue, synapses and neurotransmitters are able to send their electrical signals, cravings and appetite are suppressed, blood sugar is lowered, and cell hydration is optimized.  Accelerated Ancient Salt is composed of raw, unbleached, unheated, unrefined ancient seabed and sea salt from pristine sources in the Andes, Himalayas, and the U.S. without stabilizers, chemicals, or plastics like most salts.

Furthermore, it is charged with Scalar Frequency to help detox the body of heavy metals and radiation.  It helps replenish electrolytes, suppress appetite and sugar cravings, lower blood sugar, alleviate nausea, and tastes fantastic!  It also has a strong negative charge to help “pull out” positively charged toxins, parasites, and undigested fats that may contribute to Brain Fog.

Most salts are stripped of all of the natural minerals outside of sodium, causing face bloat, stomach bloat, and overall edema.  Accelerated Ancient Salt contains over 60 natural minerals, balancing out the sodium.  As a result, true hydration is achieved within the body, eliminating bloat.

Accelerated Thyroid has been Bio Energetically Enhanced with our proprietary Scalar Field technology to imbue specific healing pattens into this product.

The Scalar frequencies include:

These halogen chemicals that are very common in our water supply and other household items actually lock into the receptor sites of the thyroid thus diminishing the function of the thyroid and leading to a slow metabolism.
Our Scalar enhanced products adds another dimension of healing to our already unique formulation.

Copper is a brain stimulant which is why copper-rich food is also often called “Brain Food”. Copper is known as the “smart” mineral as it enhances brain function, energy, and intelligence.
Studies have shown that out-of-the-box thinking and creativity are linked directly to the copper content of the brain, showing that it enables neural pathways to develop in unique ways. This enhances your cognitive ability and the ability to process information more quickly.

The Alavida Patch is a skin and body regenerating system that works through the elevation of the epithalamin peptide. In addition to increasing organ function, reducing oxidative stress, and increasing antioxidants, the Alavida Patch stimulates frontal lobes and pineal gland activation. As a result, It eliminates Brain Fog and increases mental clarity and focus. It is good for sleep and regulating hormones.

Dietary Changes to Get Rid of Brain Fog 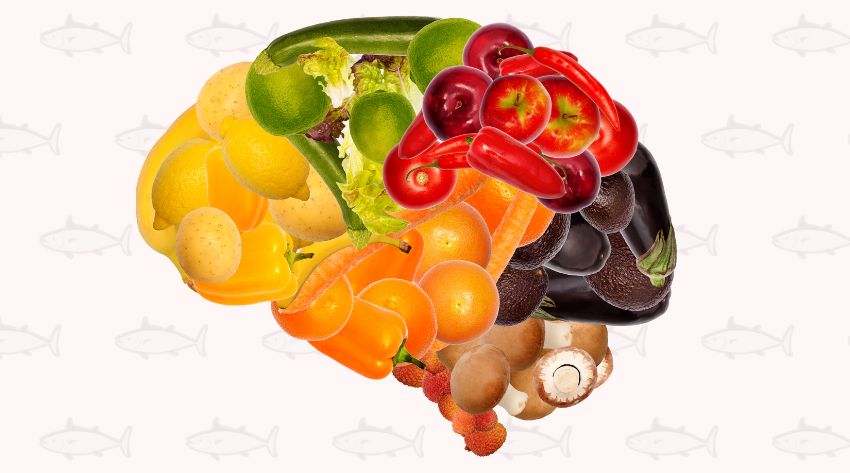 Wild proteins like lamb, bison, deer, elk, Cornish Game Hen, organic eggs, and wild fish are full of dense nutrition without inflammatory triggers to the brain, gut, and body.  This should be the main focus of nutritional dietary intake.  These wild animal protein sources contain no carbs and can actually lower insulin resistance, and increase fat burning in addition to providing the most nutrient-dense source of nutrition.

These “healthy” foods could be disrupting your detox pathways, leading to Brain Fog in addition to bloat, unexplained weight gain, slow metabolism, and more.  If you are unsure if they are causing brain fog, eliminate all of them, and slowly reintroduce them one at a time to identify the trigger. Learn more about symptoms of high oxalates and their possible negative impact on your overall health.