The Many Ways To Use Colloidal Silver 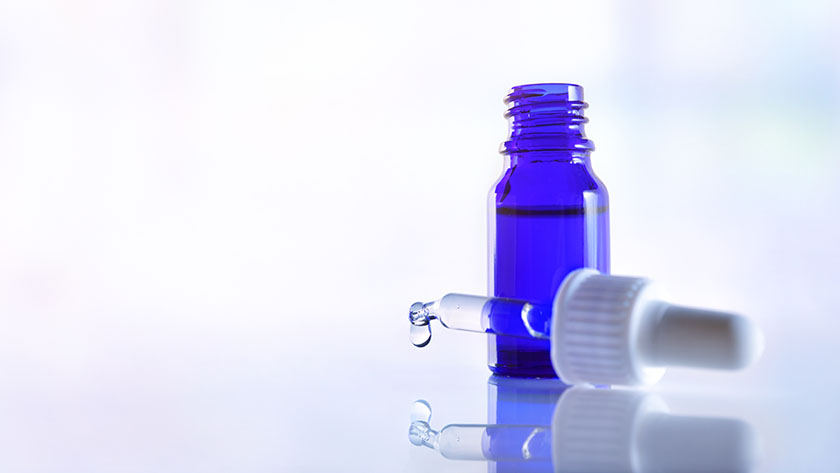 According to a study, the growth of bacteria under aerobic or anaerobic conditions was significantly decreased when silver was applied, and silver has also been shown to control antibiotic-resistant superbugs. In today’s world, we are faced with many bacteria that are resistant to modern-day antibiotics. This is not the case when the same bacteria are exposed to silver. Furthermore, Larry C. Ford, MD at UCLA in the 1980’s, documented over 650 different disease-causing pathogens that were destroyed in minutes when exposed to small amounts of silver.

Unlike prescription antibiotics, silver simply doesn’t create resistance or immunity in the organisms. The Centers for Disease Control and Prevention (CDC) recently reported that more than 2 million people in the U.S. suffer illness every year as a result of antibiotic-resistant infections and 23,000 die from these infections.

As you address a bacterial infection, you can utilize Acceleradine, MyVitalC and Silver together to increase the success in overcoming the infection.

In this article I take a close look at colloidal silver and answer the following questions:

Dr. Martin Hum, from the Institute for Optimum Nutrition, lists silver as one of the natural remedies to help devitalize viruses fast.

Colloidal silver is also reported as helping boost the immune system and strengthen its ability to help devitalize viruses. Other supplements to help fight viral infections include Acceleradine and MyVitalC.

Colloidal silver is also reported to possibly be helpful in treating fungal infections. A test-tube study, showed varying results depending on the different genera. For improved results fighting fungi, I recommend adding to the regimen of taking silver, the supplements Acceleradine Iodine,Accelerated Leaky Gut Bundle, and Phellostatin.

Colloidal silver is also known as an anti-inflammatory remedy. Researchers at the National Institutes of Health (NIH) studied the effects of inflammation after being treated by colloidal silver; they found the inflamed skin of pigs treated with silver was near-normal skin after 72 hours, while other treatment groups not treated with silver remained inflamed. More anti-inflammatory supplements include Accelerated Keto, MyVitalC, Acceleradine and eating a low carb diet.

I encourage you to search testimonials regarding colloidal silver and swelling, increasing the speed of healing, and boosting cell recovery.

Can You Use Colloidal Silver for Wounds?

In a study published by Pubmed.gov, “Taking the Silver Bullet Colloidal Silver Particles for the Topical Treatment of Biofilm-Related Infections”, silver was shown “substantial in vitro and in vivo activity against clinically relevant biofilms.” Furthermore, Robert O. Becker, MD, says colloidal silver helps stimulate healing in the skin and other soft tissues.

In a research article produced by Pharmacognosy Communications in 2012, it was specifically recommended that certain colloidal silver preparations should be considered for topical use to treat burns, thrush, periodontitis and other conditions.

Although I am not able to make claims about silver, some report treating issues such as ringworm, eczema, ear infections, and pink eye, as well as finding relief on scrapes and burns. Topical silver historically was used on burns but usage stopped after the advent of antibiotics, until the 1960s when it became popular again.

You can soak a cotton ball or gauze with the silver and apply it to the affected area. Additionally, Acceleradine is effective in applying to wounds.

Can You Use Colloidal Silver for Eyes and Ear Infections?

Pink eye is an inflamed mucous membrane that covers the eyeball and eyelid lining, and it’s primarily caused by a bacterial or viral infection. Some report they have used colloidal silver in the eye to help fight against this irritating and highly infectious virus or bacteria.

When applied on the infected eye, the tiny silver colloids in the colloidal silver eye drops pick up the infected cells by attracting them electromagnetically and sending them into the bloodstream to be eliminated.

In this case, the prescription antibiotic will be useless, whereas colloidal silver may be more effective regardless of what may be causing your infection.

To use colloidal silver for an ear infection, you would drop 2-3 drops of silver in the ear and hold it there for at least 2 minutes and then dump it out.

Can You Use Colloidal Silver For Sore Throats?

Many people report that gargling with silver can help alleviate their symptoms of a sore throat and recovery quicker. Considering the studies that have shown silver’s ability to devitalize viruses and bacteria, it would make sense that it would help alleviate sore throats as well.

I recommend gargling with the silver for at least one minute and then swallowing. You can add in Cold Away or Isatis Gold to the protocol.

Can You Use Colloidal Silver for Sinus Infections?

Well known for controlling sinus infections, colloidal silver can benefit people as a nasal spray, according to a study published in the International Forum for Allergy and Rhinology in 2014.

Furthermore, a recent 2018 study published in Frontiers in Microbiology found that colloidal silver nasal rinses, when used twice daily for 10 days, is safe and effective for patients with chronic sinusitis. Twenty-two patients completed the study and were given either oral antibiotics with saline rinses twice a day or colloidal silver nasal rinses twice daily. The results indicate that both forms of treatment showed similar improvements in sinusitis symptoms, and using colloidal silver in this manner for ten days was deemed safe.I recommend adding Nasal Tabs or Xanthium Relief Tabs in addition to using silver in a nasal applicator.

Can You Use Colloidal Silver for Colds and Flu?

You can also add herbal cold remedies  to your silver protocol to increase the efficacy and speed of devitalizing the cold and flu bugs.

Can You Use Colloidal Silver for a Tooth Infection?

You can swish it around your mouth to help against infections in the mouth and also as a natural mouthwash.

Can You Use Colloidal Silver for a Bladder Infection?

Many have reported success with silver and bladder infections. I recommend adding in D-Mannose and Man Yue Mei Clearing (formerly Akebia Moist Heat) to the protocol.

Can You Take Colloidal Silver and Antibiotics Together?

We show that silver disrupts multiple bacterial cellular processes, including disulfide bond formation, metabolism, and iron homeostasis. These changes lead to increased production of reactive oxygen species and increased membrane permeability of Gram-negative bacteria that can potentiate the activity of a broad range of antibiotics against Gram-negative bacteria in different metabolic states, as well as restore antibiotic susceptibility to a resistant bacterial strain. We show both in vitro and in a mouse model of urinary tract infection (UTI) that the ability of silver to induce oxidative stress can be harnessed to potentiate antibiotic activity.”

Additionally, they demonstrate that silver sensitizes Gram-negative bacteria to the Gram-positive-specific antibiotic vancomycin, thereby enhancing the antibacterial spectrum of the drug. Finally, they used silver and antibiotic combinations in vitro to eradicate bacterial persister cells, and show both in vitro and in a mouse biofilm infection model that silver can enhance antibacterial action against bacteria that produce biofilms. This work shows silver can be used to enhance the action of existing antibiotics against Gram-negative bacteria, thus strengthening the antibiotic arsenal for fighting bacterial infections.

As the population becomes more resistant to antibiotics and a declining pipeline of clinically useful antibiotics has occurred, it has made it imperative to develop more effective antimicrobial therapies, particularly against difficult-to-treat Gram-negative pathogens.

What is the Best Silver to Use?

You can read more about why Accelerated Silver is the best silver to choose in my article What is Nano Silver. Accelerated Scalar Silver contains both colloidal and ionic silver in the nanometer range (1.8 – 8.8 nm) and it is the reason why it is clear. Using both the nano sized ions of silver and also a percentage of nano sized colloidal silver, it provides the benefits of both. The formula is:

Read our previous article “What is Nano Silver” for even more information about this safe and effective supplement.