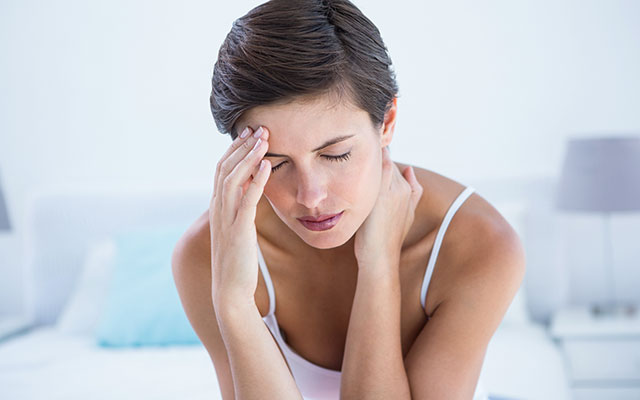 A Migraine is Not Just Another Headache.

We have all had the headaches triggered by stress, hunger, stuck in a meeting that lasts too long, or just screaming kids in the house. But what about the real headaches that don’t seem to subside. The Migraines.

If you are a sufferer, I am sure you have googled Migraine Remedies on Pinterest, etc. I have had health issues, but I can say headaches were never one of them until last August when I experienced head trauma in a car accident. Now, if I am not careful, that area of my brain inflames, throbs and I experience horrible headaches. But forget about me, my youngest went through a period of time where she experienced migraines.

I was forced to find solutions … And I did.

When Does a Headache Become More than Just a Headache?

Migraine symptoms include a severe and debilitating headache, but the condition is far more serious than a bad headache. Migraines are a neurological disorder, characterized by recurring headaches and considered to be the most common disorder of the nervous system.

They are more common in women than men because of hormonal influences and are characterized by recurring attacks of moderate to severe intensity, many times occurring only on one side of your head. These headaches may last from a couple of hours to up to three days and are often aggravated by physical activity.

Other symptoms that may accompany a migraine headache include nausea, visual disturbances, dizziness, numbness in your extremities or face, and extreme sensitivity to light, sound, smell and touch.

Are Asthma and Allergies Causing Your Headaches?

Both Migraines and Asthma are caused by Inflammation (of the Blood Vessels, for Migraines, and of the Airways, for Asthma). Those who have migraines and asthma are at double the risk of developing chronic migraines, according to new research.

The underlying connection between Asthma and Migraines could be Allergies. Allergies are more common in people with Asthma and people with headaches, and the researchers suggested that treating allergies more aggressively might help. If you have asthma and/or allergies, optimizing your vitamin D levels is absolutely crucial.

Other vitamin deficiencies linked to headaches include vitamins B2 (riboflavin), B6, B12, folic acid, and Magnesium. A lack of Magnesium may promote a number of different illnesses associated with Migraines, including Depression, platelet aggression, serotonin receptor function and influence production and use of neurotransmitters.