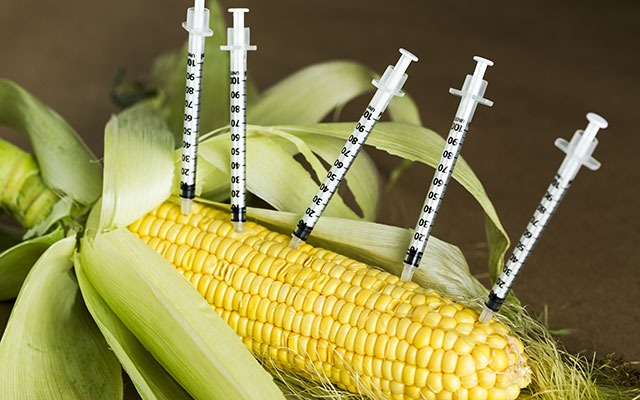 GMO’s: Are They Dangerous or Safe?

I recently received the following question from a client:

“Frankenfoods—I know they aren’t as good as Organic, but do they really hurt me, especially if I am eating Low Carb or Ketogenic?”

As you know, I am a proponent of a Ketogenic, Low Carb diet and believe in all of the health benefits: Increased Physical and Mental Energy, Fat Loss, Reduced Brain Fog, Reversed Brain diseases like Alzheimers, Dementia, ADHD, and Autism, Improved Athletic Performance, and Fights Cancer and most other Diseases. However, there are many Keto Proponents out there in the Keto world promoting foods that are GMO or not organic, as long as they are low carb. Hmmmm…

Until recently there were no long term studies done on GMO’s; that has changed. A recent study published in the journal of Food and Chemical Toxicology is proving genetically modified organisms (GMO) may cause kidney damage, liver failure and early death.

Genetically modified organisms (GMO’s) are just what the name implies. Organisms, in this case foods, that have been altered genetically.

Genetically modified foods alter genetic codes of the DNA in an organism by wiring in genes from other forms of life including other plant forms, insecticides, pesticides, bacteria and viruses. Most GMO foods today have been modified to tolerate or produce pesticides (like Canola Oil). Canola Oil is often found in foods that you assume are safe and organic. Read the labels!

More than eighty percent of the foods we eat on a daily basis contain one or more type of GMO. And what’s more distressing is that the United States Department of Agriculture (U.S.D.A.) doesn’t require these foods to be labeled!

According to reports, individuals who consumed GMO’s also experienced the following side effects:

In one of the most recent studies published in the Journal of Hematology and Thromboembolic Disease indicates GM crops that contain Bt toxin increase risk of leukemia.

In fact, some countries (notably the European Union), do not allow GMO foods to be imported. In addition, if more than .9% of their foods contain GMO’s they must be labeled so the consumer knows exactly what they’re getting.

The U.S.D.A. and related government agencies in the U.S. argue against any labeling of GMO foods on the grounds that this “…would imply that GMO’s are different”. Big agricultural companies like Monsanto have raised millions of dollars to fight against labeling because they know it would negatively effect sales.

Recent polls shows that about ninety percent of Americans are in favor of labeling foods that contain GMO.

While the list of GMO’s is undoubtedly growing, here are the most commonly found GMO foods are must be aware of:

If you are buying any of the above foods and the label doesn’t say “Organic” or “Non-GMO” you can be fairly certain the food is GMO.

When you see the words on a nutrition label like corn syrup, soybean oil or even sugar, a majority of the time that ingredient is a GMO.

Other foods that may also be GMO or have GMO residue include: cottonseed oil, non-organic dairy, and papaya.

How to Avoid GMO Foods

The following are my top recommendations for keeping GMO foods out of your body:

Natural Supplements to Reverse the Damage Done From GMO’s in your System:

KETO: Turns on the Immune System, Heals the Gut (where 80 percent of your Immune System resides), reduces free radicals in the body. As Keto, along with Intermittent Fasting, sets up the body for healing, Leaky Gut caused by GMO’s is reversed as the Gentle Detox Bundle repairs it at an accelerated rate.

Accelerated Scalar Copper: Copper serves as an immunity builder by preventing and curing anemia, which enables your body to both defend and heal faster. It also acts as an antioxidant that supports immunity.

MegaPre™: is the first Precision Prebiotic™supplement made up of clinically tested, non-digestible oligosaccharides that can increase microbial diversity and selectively feed beneficial bacteria like Akkermansia muciniphila, Faecalibacterium prausnitzii, and Bifidobacteria.

MegaPre™ reinforces the beneficial microbial changes created by MegaSporeBiotic™ to promote a strong and diverse microbiome.

MegaSporeBiotic™: is a probiotic blend of 5 Bacillus spores that have been shown to maintain a healthy gut barrier and immune function.

The bi-phasic life cycle of the Bacillus spores allows them to remain dormant in harsh environments until they reach more favorable environments like the human gastrointestinal tract.

Once inside the large intestine, these dormant spores can change into their active, vegetative forms and begin colonizing in the gut.

This unique probiotic blend aims to recondition the gut instead of reseeding with probiotic strains that cannot survive digestion or colonize the gut.

MegaSporeBiotic™ helps control the “bad” bacteria and grow the “good” bacteria. It has been shown to help with E. Coli, Salmonella, H. Pylori and more.

MegaMucosa™: The mucosal system is a very important part of the human immune system. The mucosal system in the intestines contains 150 times more surface area than skin, which makes it an essential element of the immune system that supports healthy immune function. Is the first complete mucosal support supplement of its kind, formulated to support a healthy mucosal barrier. Also contains dairy-free immunoglobulins clinically shown to support a healthy immune system in the mucosa and a state-of-the-art flavobiotic shown to support microbial diversity and short-chain fatty acid production.

Amino Acids: There are four key amino acids that play an important role in the production of the intestinal mucosa: L-proline, L-serine, L-cysteine, and L-threonine. These four amino acids have been shown to support mucin production and maintain mucin synthesis in the colon, resulting in a thick and healthy mucosal barrier.