Spring Flu Season: It’s Not Over 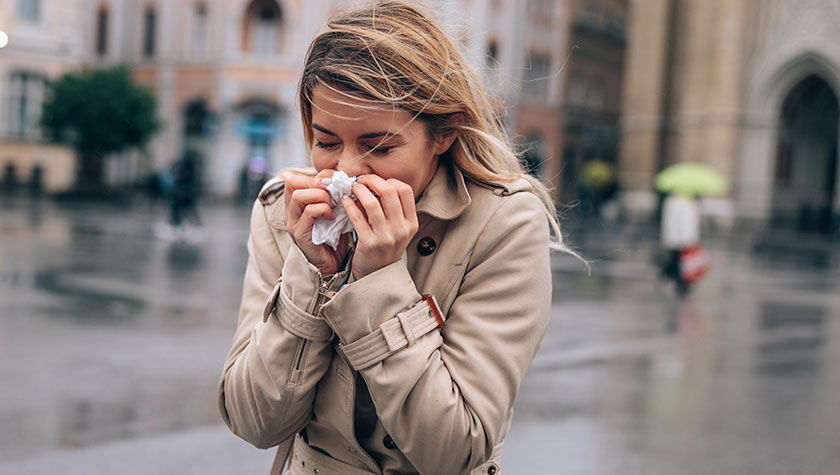 We are into spring and you might be wondering, “Can you get the Spring Flu?” or “Can you get sick twice in one flu season?” The answer is, unfortunately, yes you can. You might think peak flu season in only from December through February, but really it goes all the until May. What’s more, the strain that hit us in February has mutated into a different and more harmful strain.

The Spring Flu Season Is Really Just Getting Started

According to the CDC Weekly U.S. Influenza Surveillance Report for the week ending Feb 23rd, instead of peaking in February, the incidence of flu is still climbing. The CDC report continues by saying, nationally, during the last week in February, influenza A(H3) viruses were reported more frequently than influenza A(H1N1) viruses. The CDC says the milder H1N1 strain from Thanksgiving through February, is being replaced by a stronger, nastier strain (H3N2) that is making people a lot sicker than the H1N1 bug.

According to the report released by the US Centers for Disease Control and Prevention. There have been this flu season between October 1st and now:

And the numbers are still rising.

Children and anyone born after 2001 are most at risk for H3N2 as they have little to no immunity to this strain, or any of its variants. And of course, anyone whose immune system is weakened.

People with this year’s H3N2 are sicker than normal, many with “pneumonia, dehydration, as well as a sky-high fever that just won’t quit, out-of-control diabetes, uncontrolled asthma, heart attacks, and stroke (from the tremendous strain these diseases put on the body); and they have higher mortality rates. Compared to the H1N1 we’ve seen over the last few months, it’s an especially nasty bug.”

What Can You Do to Avoid the Spring Flu?

First off, there is no immunization shot to specifically protect you against H3N2 this season. So, if you are questioning whether to get the flu vaccine now, that’s not an option.

Regardless of what virus strand you are trying to fight and even any bacteria infection, a silver hydrosol is your best form of defense. Its strength is second to none for boosting the immune system and helping your own immunity kill the virus.

Other Safe and Natural Supplements Helpful in Fighting the Flu:

Yin Chao Jr: Treats colds, fever, cough, vomiting and diarrhea in children; Strengthens the body’s immune system; May be used for adults to soothe the lungs during viral or bronchial invasions