Glyphosate and Your Gut Health 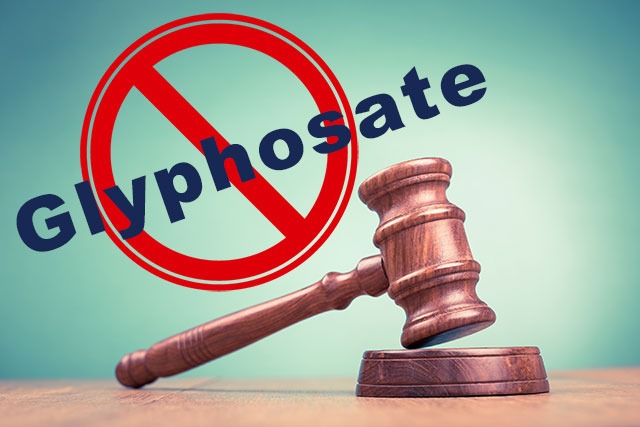 I still feel like I am alone in my grasp of the severity of the side effects of RoundUp… Some will acknowledge that “it’s bad” but won’t make changes or protest against it, even if it is currently effecting their daily lives. But then people will turn around and wonder why fertility rates are declining, why birth defects or cancer rates are increasing, or why most everyone you know has some sort of Auto-Immune Disease or Leaky Gut.

But the truth is finally coming out about the dangers of GMOs and pesticides and it’s making front page headlines all over the globe…and hopefully more will take a deeper look at what’s happening in their personal lives and globally.

The recent $289 million court decision against Monsanto, led by a litigation team that included Bobby Kennedy Jr., opens the door to virtually THOUSANDS of other lawsuits from others who are experiencing the debilitating effects of glyphosate poisoning.

There are 5,000 cases pending against Monsanto. On August 10th, one of those cases reached a verdict. A unanimous jury decision awarded $289 million ($39 million in damages and $250 million in penalties) to a former school groundskeeper who said Monsanto’s Roundup left him dying of cancer. The Judge announced in court that Monsanto “acted with malice, oppression, or fraud and should be punished for its conduct.”

In legal terms, this verdict will bolster the thousands of pending cases and open the door for countless people who blame their suffering on the weed killer. However, this is just the beginning, and we all know that cases like this take alot of time to break through and create global change.

Nevertheless, it is a crack in the previously impenetrable wall that Monsanto has been able to build—with huge amounts of congressional help—around its glyphosate-based herbicide. But at least, for now, there is a crack. Enough lawsuits won; enough money paid out by Monsanto; and that could spell the end of Roundup somewhere down the road.

Although this is a step in the right direction, glyphosate’s going to be unavoidable for at least another decade.

How Does Glyphosate Work?

Glyphosate’s claimed mechanism of action in plants is the disruption of the “Shikimate pathway”. This pathway is present in all bacteria, including our very own gut bacteria! In addition to aiding our digestion, the microbiota present in our gut synthesize vitamins, detoxify xenobiotics, participate in our immune system and moderate gastrointestinal tract permeability.

In essence, glyphosate destroys the microbiome of humans and plants.

An unhealthy gut is at the root of many modern diseases and weakens the Immune System.

How to Protect Yourself & Maintain a Healthy Gut

1. Eat Organic when you can and reduce exposure as much as possible.

2. Eat a Gluten-free diet. Grain based foods have some of the highest glyphosate residues, and gluten is known to degrade the lining of the gut by activating zonulin, a toxin made at the level of intestinal lining that weakens the “tight junctions”, leading to a Leaky Gut.

3. Take Silver to detox the Blood in your body.

4. Take Accelerated Detox Powder to soak up the toxins in the Gut and Intestinal pathway.

5. Take ION* Gut Health  to protect the gut membrane from the effects of glyphosate, gluten and other irritants that provoke zonulin and weaken the Tight Junctions, leading to Leaky Gut and its associated effects.

What is ION* Gut Health?

ION* Gut Health (formerly RESTORE) is a liquid supplement containing carbon-based redox molecules from ancient fossilized soil. It has been shown in studies to create a beneficial shift in the bacteria making up the microbiome, and helps restore the communication network between bacteria in the gut, mitochondria, and cells in the body and it helps strengthen the tight junctions in the gut wall, our firewall against toxins entering the body.

A stronger gut lining keeps undigested food and environmental elements, such as herbicides and antibiotics used in farming, from leaking out into the bloodstream from the intestines, so the immune system does not have to defend against these foreign “invaders.”

What Are Tight Junctions?

What You Can Expect From Using ION* Gut Health:

My husband and I and our son have been taking Restore for about seven months. My husband’s neurologist and his DO recommended he take Restore, slowly building up to the two teaspoons he tolerates at present. His gut has been going through such an amazing transformation. All tests were negative for parasites, and his DO concluded that he is eliminating some of the unwanted tissues lining his gut wall because of taking Restore. We have been amazed at what he has eliminated, and are hopeful this means his gut is getting healthier.

All of us have had our bowels become regular again — my son after about one month at 1 tsp a day before breakfast, swish and swallow. After three months of being on Restore 1 tsp before breakfast, I no longer experience diarrhea, bloating, gas, constipation or the need for special dietary enzymes or even probiotics.”